For members of the press/media who want an overview of MindFreedom International. 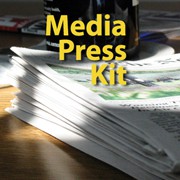 Who We Are
MindFreedom International is a nonprofit organization that unites sponsor and affiliate grassroots groups with thousands of individual members to win human rights and alternatives for people labeled with psychiatric disabilities.

MindFreedom is one of the very few totally independent groups in the mental health field with no funding from or control by governments, drug companies, religions, corporations, or the mental health system. MindFreedom International is a nonprofit under IRS 501(c)(3) that is the only group of its kind accredited by the United Nations as a Non-Governmental Organization (NGO) with Consultative Roster Status.

Mission Statement
In a spirit of mutual cooperation, MindFreedom leads a nonviolent revolution of freedom, equality, truth and human rights that unites people affected by the mental health system with movements for justice everywhere.

MindFreedom History
Inspired by the civil rights and other movements, in about 1970 many psychiatric survivors, dissident mental health professionals and advocates formed a diverse international effort to change the mental health system. MindFreedom is directly rooted in this international social change movement.

In 1986 the project that would eventually become MindFreedom International began as a newsletter called “Dendron,” published by Clearinghouse on Human Rights and Psychiatry and funded with a start-up grant from the Levinson Foundation. In May 1990 a coalition was formed during a counter-conference and peaceful protest to the Annual Meeting of the American Psychiatric Association in New York City. This network was named Support Coalition International. In August 2005 Support Coalition International changed its name to MindFreedom International.

Some of our members have been human rights activists for more than 30 years, and others for only 30 days. All are welcome! We at MindFreedom International are proud of more than two decades of successful activism, advocacy, peaceful protest, public education, mutual support, lobbying, organizing and never ever giving up our dream: Equal opportunity of mental and emotional well being for all.

Here is a recent (2014) short film about many MindFreedom members attending the 2014 New York protest against psychiatric abuse: