David W. Oaks has been a community organizer for human rights in mental health since 1976. He’s a psychiatric survivor and acted as director of MindFreedom International until 2013. You’ll find a capsule summary here about David, along with links about how to contact and support him. 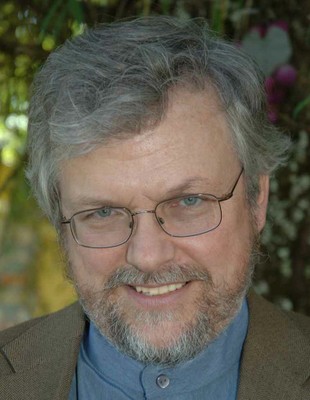 David W. Oaks, co-founder and former Executive Director of MindFreedom International, has been apsychiatric survivor human rights activist since 1976. David is also on the Board of Directors of the United States International Council on Disability and Oregon Consumer/Survivor Coalition.

David was born on 16 September 1955 in Chicago, Illinois, USA. All of his grandparents were immigrants from Lithuania. Both of his grandfathers were coal miners in rural Illinois before moving to Chicago.

David’s parents were working class, loving parents who both worked in offices. David had a brief encounter with mental health care after his high school graduation from St. Ignatius College Prep in 1973.

In the Fall of 1973 David attended Harvard University on scholarships, including one from his father’s Teamster’s Union.

In David’s sophomore, junior and senior year he experienced the psychiatric system. David was placed in psychiatric institutions five times. He was diagnosed both “schizophrenic” and “manic depressive” (now known as “bipolar”) and underwent forced psychiatricdrugging and solitary confinement. David has been given neuroleptics (including Thorazine, Stelazine, Haldol, Mellaril, Navane), lithium, anti-depressants, etc.

It was while in a psychiatric solitary confinement cell in Bowditch Hall in McLean Hospital in Belmont, Massachusetts, that David decided he wanted, once freed, to take action to improve the mental health system.

A psychiatrist at McLean Hospital, a Harvard teaching institution, toldDavid that because he had a genetically-caused chemical imbalance hewould have to remain on powerful neuroleptic psychiatric drugs therest of his life.

That psychiatrist turned out to be incorrect.

In 1976, Harvard’s studentvolunteer agency Phillips Brooks House placed David as an intern with one of theearly psychiatric survivor human rights organizations, Mental PatientsLiberation Front, which met at Vocations for Social Change near Central Square in Cambridge, Massachusetts. David wrote his senior paper about this experience of communityorganizing with psychiatric survivors, and graduated with honors in1977.

With support from peers and his family, David used exercise, nutrition, counseling, wilderness trips, protest, and employment to recover mental and emotional well being. He has been off all psychiatric drugs since 1977.

David helped form one of the first user-run psychiatric survivor activist drop-in centers with MPLF at the Stone Soup Art and Poetry Gallery, and later at an MPLF office across from the Boston Garden.

As well as his activist work in the field ofhuman rights in the mental health system, David has also worked in theenvironmental, peace and social justice movements.

David lives with his wife Debra in Oregon and loves camping and gardening. David helped found and is a member of a men’s support group which has met since 1989.

David was named by Utne Reader in 2009 as one of “50 Visionaries Who Are Changing Your World.”

How to Inquire About Workshops, Presentations and Interviews with David W. Oaks

David has presented on topics such as “community organizing forindependent systems change in the mental health system” and working with the cross-disability movement, to a diverserange of participants including in Chile, Norway, Ireland, Turkey, Italy, Germany, Canada, Ghana, Mexico andthroughout the USA.

You may read recommendations about some of these speaking engagements by clicking here.

Psychiatrist and author Loren Mosher, former director of the National Institute of Mental Health Scizophrenia section, said in an LA Times Sunday Magazine article featuring David: “The fact that the movement has survived is due in largepart to David’s ability to work like a dog for almost no money and hisability to mollify those people who are outraged. He hasmanaged to keep a lot of disparate opinions under the tent.”

David’s response to that quote, saying, “While I don’t agree with my late friend Loren about that, I appreciate his humorous and loving support. And it’s the mutual support between thousands in our movement that has kept the activism going. I’ve been privileged to witness in our movement the human spirit never giving up.”

A few other resources: