Moms Celebrate and Thank MFI Members for Their Support!

The M.O.M.S. Movement – a sponsor group of MindFreedom International – issued an urgent alert: Two mothers need your support now for their adult children in the psychiatric system.

Daniella Akin has endured forced and coerced drugging and abuse.

Aleshanee and Susan, two MOMS, and their daughters, Daniella and Susan are celebrating.

19 year old Daniella was finally allowed to go home after being forcefully drugged and confined in the state hospital and prevented from even going outside for over a year. Her commitment was for 5 years and she is still under their control, but she is home safe with friends and family. The guardianship case is being filed in the state supreme court.

In August 2011, 32 year old Jennifer made history by being the second person in this North Carolina County to ever be restored her full constitutional rights, thus no longer being under guardianship control. Now, Jennifer is once again working, driving, and considering returning to school.

Mothers issue statement, “Thanks Mindfreedom members for your tremendous support!”

The BELOW forwarded alert was from sponsor group MOMS Movement (author responsible for content).

Moms and Daughters Speak Out About Psychiatric and Human Service Abuse

Daniella 19, in New Hampshire, andJennifer 32, in North Carolina, were taken  from their families throughstate initiated guardianship hearings and placed under the control of state appointedguardians. Consequently, they were forced to live hours away from home amongstrangers and coerced to take psycho-pharmaceutical drugs.

Their mothers are fighting for thefreedom and rights of their daughters, and they need your help!

Inboth cases, the guardians demanded psycho-pharmaceutical drug treatment,overriding the medical choices of the young women and their Mothers. Because ofmany slanderous statements presented against these two young women and theirMothers, and the court’s unwillingness to look at sworn testimony about the dangersof psychotropic drugs, guardianship of their adult children has been repeatedlydenied these MOMS.

Aleshanee has a very disturbing story to tell about howshe lost her appeal for guardianship, and how Daniella, at age 18, waseventually committed for an unprecedented 5 years in the New Hampshire StatePsychiatric Hospital (a hospital that has recently been under investigation formany abuses of human rights). This is a quote from Aleshanee’s Blog at Daniellawecare.blogspot.com: “After two years ofmysterious allergic-type reactions, I took my daughter to a Boston hospital tohave her evaluated. After 24 hours of separation and waiting, she wasrestrained and drugged against my consent. Two months later she suffered herfirst psychotic break, and was committed.”

Daniella did not have a mental health issue until she was givenpsychotropic drugs in the emergency room her mother had taken her to for amedical issue. This story does have a miracle: Daniella was recently releasedfrom the state psychiatric hospital after 12 horrific months of forcedconfinement, overcoming the doctor’s determination to keep her committed for 5years. However, during those 12 months of confinement, she endured forced andcoerced drugging and emotional abuse. She is still under the authority and controlof the state-appointed guardian and ordered to continue psychotropicmedication. Daniella wants her MOM to be her guardian and to challenge thelegality of the entire abusive commitment process, so that others will not haveto go through the nightmare she experienced. You can read the details at Daniellawecare.blogspot.com 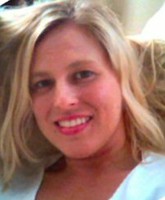 Susan also has adisturbing story to tell. “While I was away from home for a brief errand, lawenforcement personnel along with a county Department of Social Services (DSS)Caseworker, illegally forced their way into our home, physically seized mydaughter Jennifer, and forced her to attend a psychiatric evaluation.Jennifer’s own doctor, previously, had already provided an evaluation andrecommendations for treatment. When I returned home, the phone was on the floor(Jennifer later told me she had been desperately trying to call me for help).Jennifer was gone. The DSS director refused to tell me where my daughter was.”

During the subsequent guardianshiphearings, DSS slandered this mother. The court clerk granted control ofJennifer’s life to DSS. DSS has severely limited her freedom: they forced herto live away from home among strangers, they have forbidden her to visit herhome that she shares with her mother, they forced her to take psychotropicdrugs, and they restricted Jennifer from seeing her own doctors. Jennifer wantsto go home, she wants her freedom back, she would like her rights completely restoredor her Mother granted guardianship.

ACTION:  Contact GovernorPerdue of North Carolina and request that she:

Please let us know of your advocacyactions by emailing Cindipacha@gmail.com.

Toread more mother’s stories, or to find out more about the M.O.M.S. Movement, visitMentalHealthRightsYES.org. For more info about Mindfreedom International goto MindFreedom.org.

June 6, 2011
GET INVOLVED!
Want to be among the first to hear directly from us about our work? Sign up now.
Go to Top