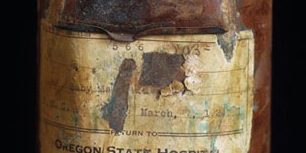 According to the below MindFreedom Oregon Exclusive Report, another psychiatric patient died inside Oregon State Hospital in Salem, Oregon under suspicious circumstances on Saturday, 17 October 2009.

Source: Anonymous reports from inside OSH 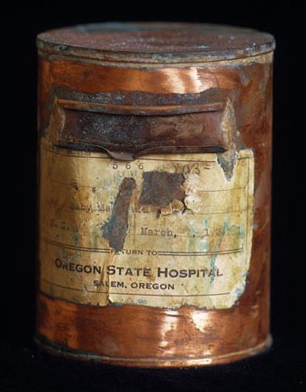 The man — known here as “Patient M” — had apparently been complaining repeatedly for a month about chest pain, which staff had allegedly dismissed because of his psychiatric diagnosis. Instead of medical care, staff reportedly just gave him more psychiatric drugs.

After the patient died, the report says he was left undiscovered all day by staff who were supposed to be checking on him regularly.

The below is based on several anonylemous reports from patients on ward 50F with access to telephones, who took great risk to speak out. Because of a long pattern of abuse and neglect in Oregon State Hospital (OSH), this information is offered immediately in the public interest, but has not yet been investigated by authorities. Each allegation needs to be investigated before confirmation.

At the bottom are ways you can speak out to demand an investigation, and also demand support for a state-wide voice for Oregon’s mental health consumers and psychiatric survivors.

You can also read at the bottom of this a bit about the history of OSH, including of the more than five thousand of its patients who remains ended up in copper canisters, such as the one pictured on the right.

Patients supplying the below did not ask to be anonymous but patients at OSH have reported retaliation for getting information out in public. For example, this past week a minimum security patient was allegedly moved, in shackles, to a more restricted area after he spoke with Salem reporters about his lawsuit against Oregon State Hospital.

MindFreedom calls on the Governor, the US Dept. of Justice and the media to immediately investigate the below allegations, especially the RED FLAGS marked in this report.

“The medicine is not working.”

Over one month ago, “Patient M” had a fellow patient — “R” — help him write a special letter to the ward medical officer.

In the letter Patient M complained of his chest pain, stomach pain and trouble breathing.

Two weeks ago, Patient M spoke directly to the Ward Medical Officer and said that, “The medicine is not working.” He continued to complain of chest and stomach pain with difficulty breathing. [RED FLAG] He continued to be given “PRNs.” He was not given a pain reliever, heart medication or any cardiac testing.

This past week, Patient M has told everyone on the ward who would listen that he was in serious pain. Other patients were already very worried about his health. He continued to receive tranquilizers when he complained.

Patients say it’s important to know that it is policy that all patients be checked for “location and condition every hour.” For example, in a widely-publicized escape a month ago, staff had not been checking on the patient.

Saturday morning, 17 October 2009, Patient M got up for breakfast, and he was known as a man who never misses a meal. Some said eating seemed to be his greatest enjoyment, and he was always the first person to get his food. Because he is sloppy, he got his food delivered to him outside the kitchen.

At 8:30 am he was given his morning meds. He told the nurse that his chest hurt “really bad” and he had trouble breathing. He was given his usual psychiatric drug PRN.

Patient M went to lay down.

A nurse checked at 9:30 am and saw he was lying down. He seemed okay.

Patient M resided in a very over-crowded room typical of the “50 building” at OSH. A short time later one of his roommates said his eyes were rolled back. “But sometimes he sleeps like that” because of the PRNs, said one roommate.

No staff checked his condition for the rest of the morning. [RED FLAG]

Lunch on 50F is served between 11 am and 11:30 am. Staff brought his tray down to his room. They called his name and there was no response, even though it is well known that he always eats. [RED FLAG] Staff left, and took his lunch back to the kitchen.

Mid-afternoon a roommate shook his foot to see if he’d wake up. There was no response. No staff looked in on him to check his condition all afternoon. [RED FLAG]

Dinner time, 4:30 pm, staff called into his room to announce the meal. No response. Patient M did not get up for food. Staff did not bother to bring a tray down for him. No staff checked him.

His roommates complained of the stench of “shit” in the room. This odor was probably from the natural course of a person who is lying dead for hours as their bowels evacuate. Staff still stayed out. [RED FLAG]

Finally, at 7:45 pm OSH medication staff went to his room to give him his evening pills. This time he was checked. He was so dead cold, no attempt was made at resuscitation. Some patients believe he was in or past rigor mortis at this point.

Between 7:45 and 8 pm, patient eye-witnesses allege several things happened. The room was sealed. Staff were called into what one person called a “bubble” to speak privately.

Based on patient reports: “It was quiet for a few minutes. Then the staff became very active. We could see through the nurses’ station windows that they were handling documents, making photocopies. We heard one staff say, ‘We’ll need six more of those.’ Then we could see staff shredding originals of documents they had just photocopied. By 8 pm things had returned to normal. The body was carried out later.”

Over the weekend Patient M’s soiled bed and personal area were left as is in the crowded room. “The smell was unbelievable,” said one witness.

On Monday morning, 19 October 2009, two days after the death, at the ward meeting, patients complained about the unsanitary conditions in this room. Staff took out the bed, bedding and sanitized the area. As of that evening there was no counseling about the death, and no extra help provided to other patients on that ward.

No memorial was suggested until patients brought it up at the ward meeting.

Patients were questioned at the meeting about “What do you know?” and “What will you report?” One patient referred to the meeting as an “inquisition.”

Patients around the hospital heard about the death only by word of mouth.

Many are reportedly saddened.

Because of the request by patients, a memorial is planned.

In a civil but strong way, in your own words, ask:

2) Ask the Governor to support the state-wide voice of mental health consumers and psychiatric survivors.

Oregon State Hospital has a long history of suspicious deaths.

OSH is nationally famous when its secret discolored copper canisters were revealed that contain the ashes of some 5,121 patients who died between 1913 and 1971. The identification of many of the patients is lost.

For more photos of the canisters go to this web site from July 2009:

Mortality and people in the mental health system continues to be a national controversy today in the USA.

A major study by the National Association of State Mental Health Program Directors showed that people who use the US public mental health system die about 25 years earlier than the general public:

One possible reason provided in the study is the over-use of psychiatric drugs, including multiple prescriptions, but this factor is often omitted or downplayed by those in the mental health system discussing these deaths.

Unfortunately, there’s no definition of this “integration.” Is this the “integration” of psychiatric institutions into the community, as mandated by the Olmstead Supreme Court decision? A draft of Oregon’s plan to implement Olmstead does not emphasize the importance of supporting the voice of mental health consumers and psychiatric survivors.

People with psychiatric labels continue to be among the most disempowered Oregonians.

How can this “power imbalance” change without a voice?

During tough times, people with psychiatric labels are supposedly hit hardest. That’s when we should be supporting the voice of mental health consumers and psychiatric survivors the most.

However, apparently based on advice from his closest staff, Governor Kulongoski continues to recommend zero for this state-wide voice each budget.

You can read about the Governor’s legacy of “zero” for mental health consumers and psychiatric survivors here:

1) PLEASE forward this covered-up news to all interested people.

Be civil and strong, ask for investigation of deaths at OSH, and for his support of a state-wide voice for mental health consumers and psychiatric survivors.

US Department of Justice (DOJ) is supposed to be investigating Oregon State Hospital.

In your own words, ask that all appropriate results of investigations by DOJ of OSH be made public, and also be provided to you.

You can e-mail DOJ here:

You can also e-mail or postal mail Governor Kulongoski, contact info is here:

Please also bring this to the attention of any interested media.

If you did not receive this alert directly from mindfreedom-oregon news service, you can get on this free, public alert system here:

You may join MindFreedom as a member here:

October 20, 2009
GET INVOLVED!
Want to be among the first to hear directly from us about our work? Sign up now.
Go to Top