The New York Times mentions MindFreedom in this article about the controversy over Eli Lilly’s formerly-secret documents on the psychiatric drug Zyprexa, including announcing the court hearing on 14 January 2007.

A showdown is scheduled for afederal courtroom in Brooklyn tomorrow afternoon, where words like“First Amendment” and “freedom of speech” and “prior restraint” arelikely to mix seamlessly with references to “BitTorrent” and “Wiki.” 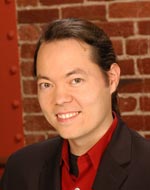 It is a messy plot that pits Eli Lilly, pharmaceutical giant at the center of several articles in The NewYork Times suggesting that the company tried to hide or play down thehealth risks of its leading antipsychotic drug, Zyprexa, and lawyersrepresenting various individuals, organizations and Web sites — allarguing that their online speech has been gagged.

The case has attracted the attention of the Electronic FrontierFoundation, the venerable digital rights group based in San Francisco,and one of its lawyers, Fred von Lohmann [photo by EFF on right], who is now representing ananonymous Internet user caught up in the legal fracas.

“One of the core missions of the foundation’s 16-year history hasbeen to establish that when you go online, you take with you all thesame civil rights with you had with you in prior media,” said Mr. vonLohmann. “But of course, you need to fight for that principle.”

It all began with Dr. David Egilman of Massachusetts, who was aconsulting witness in ongoing litigation against Lilly. Dr. Egilman hadin his possession a trove of internal Lilly documents — not all of themflattering to the company — sealed by the court as part of thatlitigation.

Comes James B. Gottstein, a lawyer from Alaska, who was pursuingunrelated litigation for mentally ill patients in his state. He somehowgot wind (and precisely how is the subject of separate legal jujitsu)that Dr. Egilman had some interesting documents.

In a letter dated Dec. 6, Dr. Egilman informed Lilly’s lawyers, aswas required by the order sealing the documents, that he had beensubpoenaed. Lilly’s lawyers expressed their deep displeasure in a Dec.14 letter to Mr. Gottstein, and politely told him to back off. In aresponse a day later, Mr. Gottstein informed them, among other things,that it was too late, and that some of the material had already beenproduced.

It seems Mr. Gottstein was also apparently in a sharing mood, whichis how hundreds of pages ended up with a Times reporter, Alex Berenson— and about a dozen or so other individuals and organizations.

This is also how copies of the documents ended up on various Webservers — and when that happened, things changed. While surely painfulfor Lilly, the online proliferation began flirting with some bedrockprinciples of free speech and press, as well as some practicalrealities that looked a fair bit like toothpaste out of its tube.

Nonetheless, last month, United States District Judge Jack B. Weinstein ordered Mr. Gottstein to provide a list of recipients to whom he haddistributed the contraband pages, and to collect each copy back.

The Times, which politely declined to oblige, has since been leftout of the legal wrangling, but on Dec. 29, the court temporarilyenjoined an expansive list — 14 named individuals, two health advocacygroups (MindFreedom International and the Alliance for Human ResearchProtection), their Web sites, and a site devoted to the Zyprexa issue —not just from “further disseminating these documents.” They werespecifically ordered to communicate the injunction to anyone else whohad copies, and enjoined from “posting information to Web sites tofacilitate dissemination of these documents.”

That’s right — it appeared that even writing on their Web sitessomething like, “Hey, there’s a site in Brazil where you can get thoseZyprexa documents,” would run afoul of the injunction.

The order was extended by Judge Weinstein on Jan. 4, and tomorrow the court will revisit the issue at length.

As Mr. von Lohmann and the Electronic Frontier Foundation see it,the injunction is simply untenable. Whatever the legal merits ofLilly’s claims against Mr. Gottstein and Dr. Egilman for violating theseal, the court’s power to stifle the ever-growing chain of unrelatedindividuals and Web sites who, after one or two degrees of remove, hadnothing to do with the Lilly litigation, cannot extend to infinity.Very quickly, Mr. von Lohmann argues, you are dealing with ordinarycitizens who are merely trading in and discussing documents of interestto public health.

“Judges have a natural inclination that if documents have beenstolen under their watch, they want to get them back,” said Mr. vonLohmann, whose John Doe client was a contributor to the site zyprexa.pbwiki.com— a wiki where a hive of users compiled and contributed links andinformation relating to the Zyprexa case. “But there are some limits tohow many degrees of separation the court can reach.”

There is also a traditionally high bar set for placing priorrestraint on the press — which, whether Judge Weinstein recognizes itor not, very much includes a colony of citizen journalists feeding awiki.

Of course, the other, slightly more absurd side to all this is thatattempting to stop the documents from spreading is, by now, a Sisypheantask.

“The court is trying to get the genie back into the bottle until itcan sort out what’s going on through the course of litigation, whichtakes place at non-Internet speed,” said Jonathan Zittrain, a professorof Internet governance and regulation at Oxford and a founder of theBerkman Center for Internet & Society at Harvard Law School.

“Perhaps the court thinks that whoever is adding to the wiki isamong the parties to the original case,” Professor Zittrain said.“That’s understandable, but it puts the court in a no-win situation.It’s left issuing an order that sounds like no one in the world isallowed to post the documents.”

For its part, even The Times, which often posts original documentsfor its readers, tried to put the things online when Mr. Berenson wrotehis first article, but the raw pages — more than 350 individual imagefiles weighing in at over 500 megabytes — proved unwieldy.

George H. Freeman, vice president and general counsel for The Times,said, “The Times fulfilled its role by doing a lot of research and thenhighlighting and including the most important issues and documents in aseries of well-placed news articles.”

For now, copies of the Lilly documents sit defiantly on servers inSweden, and under a domain registered at Christmas Island, theAustralian dot in the ocean 224 miles off the coast of Java. “Proudlyserved from outside the United States,” the site declares. There aresurely others.

On his TortsProf blog (snipurl.com/Torts),William G. Childs, an assistant professor at Western New England Schoolof Law in Springfield, Mass., put it this way in a headline: “JudgeTries to Unring Bell Hanging Around Neck of Horse Already Out of BarnBeing Carried on Ship That Has Sailed.”

January 15, 2007
GET INVOLVED!
Want to be among the first to hear directly from us about our work? Sign up now.
Go to Top