Victory for Elizabeth Ellis: At Home, No Forced Electroshock Over Her Wishes!

“Thank you, thank you, MindFreedom!” says Elizabeth Ellis, 67, a retired Minnesota teacher, who won her main goals: She has returned home, free of forced electroshocks. After 13 involuntary court-ordered electroshocks, including one on an outpatient basis, MFI launched a campaign for Elizabeth, and she has won.

This week, MindFreedom received a thank you card from Elizabeth Ellis, expressing her gratitude for the efforts and encouragement MindFreedom member exerted on her behalf.

“I know the hospital recognized they had a power to reckon with in MindFreedom. Thanks again,” she wrote.

On Memorial Day, when the USA remembered soldiers who died for freedom, MFI Member Elizabeth Ellis reflected on her victory for her own freedom: No forced electroshock, and freed from a psychiatric institution.

Elizabeth Ellis, a 67-year-old resident of Minnesota, had been court-ordered to receive electroshock (also known as ECT or electroconvulsive therapy). She received more than a dozen involuntary electroshocks by the beginning of this year.

In January 2011, MindFreedom International launched a public campaign to support Elizabeth’s right to say “no” to forced electroshock. She stayed in her home instead of reporting for an involuntary electroshock, and was locked up.

On April 25, 2011, a judge issued a ruling saying that there would be no further forced electroshock over Elizabeth’s expressed wishes unless she is diagnosed “catatonic.”

Last week, on 24 May, Elizabeth was finally discharged, and returned home.

No Government Funding for Forced Electroshock!

The ruling for Elizabeth is also a sign that the judge paid attention to the USA Food & Drug Administration hearing in January which recommended to the FDA that electroshock finally be investigated for safety and efficacy, after 70 years of essentially no regulation or oversight. The panel also made an exception for “catatonia.”

Said David Oaks, director of MFI, “The USA government should listen to the judge’s logic here. Since the FDA panel said electroshock had problems with safety and efficacy, then ‘no should mean no’ to electroshock. The US and other governments should immediately halt all taxpayer payments to any electroshock over the expressed wishes of the subject.” 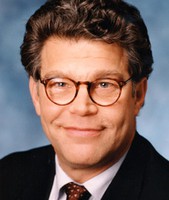 To contact other elected officials and Minnesota Human Services Administrator, and postal mail a card to Elizabeth, click here:
http://www.mindfreedom.org/shield/ellis/ee-contact

Taking Charge of Your Mind and Making Your Life Go Well!
October 29, 2015
Go to Top