The ruling was mixed, but mainly was a victory for Elizabeth’s goal of ending shock over her objection. The good news is the judge ruled Elizabeth Ellis cannot be given involuntary electroshock over her expressed wishes. (If Elizabeth continues to express her opposition vocally or in writing, she cannot technically be diagnosed “catatonic,” which was the one loophole provided by the judge.) However, the judge did rule for a variety of other involuntary psychiatric interventions. 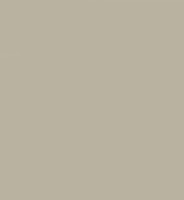 Clay County District Court Judge Lisa Borgen ruled on Monday April 25, 2011, that Elizabeth Ellis shall not be given additional involuntary shock (electroconvulsive or ECT) treatments at this time. A door was left open for forced shock if Elizabeth is deemed to be “catatonic” at some time in the future.

The hearing on April 7th, was attended in person by Robert Ellis and Elizabeth’s daughter Susan Opp, as well as several people via phone and internet TV including lawyers, doctors and the Minnesota Assistant Attorney General Barbara Berg Windels.

This summary of the findings of the court is not an endorsement of the observations or conclusions made by the judge.

Included in the ruling was a narrative of events leading up to the April 7th hearing. Here are other significant findings of the court:

For more info on the Elizabeth Ellis campaign click here.

April 29, 2011
GET INVOLVED!
Want to be among the first to hear directly from us about our work? Sign up now.
Go to Top