Background about the FDA proposal to de-regulate ECT device

Here’s more information about the Food & Drug Administration proposal to reclassify the device used for electroshock (also known as electroconvulsive therapy or ECT). 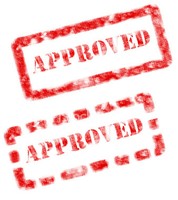 A Brief History of Electroshock and the FDA:

In 1976, federal law gave the FDA authority over medical devices in the United States, which had previously been unregulated. Three Classes of devices were established. In general, Class I devices were generally considered to be those which were safe without special controls and Class II devices were those that could be made safe with adequate controls and direction. Class III devices were considered more dangerous and were required to obtain FDA approval through the more stringent pre-market approval (PMA) process to demonstrate both safety and effectiveness.

However, certain types of Class III devices that were in commercial distribution before May 28, 1976 (called “pre-amendment” device types) and those determined to be substantially equivalent to them, were permitted to be marketed until the FDA published regulations requiring them to go through the stringent PMA process.

Thus, since 1976, ECT machines were “grandfathered” into legality and permitted to be used on human beings, so long as the devices remained “substantially equivalent” to the devices which had been in use prior to that date.

Despite passage of decades, ECT machines have never been shown to be either safe or effective. The Safe Medical Devices Act of 1990 again required the FDA to re-examine all remaining pre-amendment class III device types, such as ECT machines, and determine if they should be reclassified to class I or II or remain in class III and, if so, to establish a schedule to require those devices that remain in class III to obtain FDA approval through the difficult PMA process.

Needless to say, that review has still never happened and modified versions of the archaic shock machines of the 50s, 60s and 70s are still manufactured and continue to be used.

… to submit to FDA a summary of, and a citation to, any information known or otherwise available to them respecting such devices, including adverse safety or effectiveness information concerning the devices which has not been submitted under the Federal Food, Drug, and Cosmetic Act (the act). FDA is requiring the submission of this information in order to determine, for each device, whether the classification of the device should be revised to require the submission of a PMA or a notice of completion of a Product Development Protocol (PDP), or whether the device should be reclassified into class I or II.

It appears that the FDA initially intended to accept information only from the manufacturers themselves. However, based upon a number of complaints, the FDA has now created a “public docket” for anyone to comment upon the safety and efficacy – or otherwise – of these machines [Docket No. FDA-2009-N-0392].

For more info on web:

PsychRights has info on this campaign to challenge FDA reclassification of electroshock, find the link via their web site:
http://www.psychrights.org

PsychRights collection of some of author Leonard Roy Frank’s info on electroshock is here:
http://bit.ly/psych-lrf

October 8, 2009
GET INVOLVED!
Want to be among the first to hear directly from us about our work? Sign up now.
Go to Top