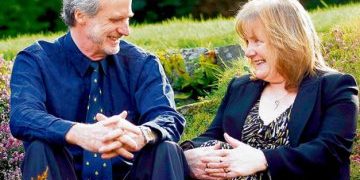 One of the main Irish newspapers covered the campaign by MindFreedom Ireland, Mad Pride Ireland and others to stop forced electroshock in Ireland. Mary Maddock — shock survivor and board member of MindFreedom International — is also featured, along with her husband Jim, who are co-authors of the book Soul Survivor. 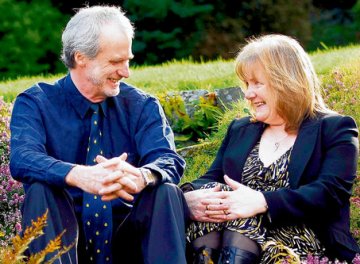 PATIENTS INVOLUNTARILY detained in psychiatric hospitals last year received hundreds of treatments of electric shock therapy against their will.

Official statistics compiled for the first time show that about 400 psychiatric patients received 2,700 electroconvulsive therapy (ECT) treatments during 2008. Of these, at least 43 involuntarily detained patients were either unable or unwilling to consent to about 300 doses of the treatment.

ECT involves an electrical current being passed through the brain via electrodes applied to the scalp. The resulting seizure can have significant beneficial effects, according to consultant psychiatrists.

However, many mental health campaigners say the forced use of ECT is a human rights abuse and is the source of long-lasting side-effects such as memory loss.

The real scale of ECT usemin may be significantly higher, as the figures do not include patients who were referred to other hospitals for treatment.

Most patients who received ECT last year were diagnosed with depressive disorders, followed by schizophrenia and mania.

The treatment was most commonly prescribed where a patient’s mental illness was not responsive to medication. Other reasons given included the physical deterioration of the patient, suicidal behaviour or because a rapid response was needed.

Official rules on ECT use state that it should only be used when alternative therapies have been considered or proved ineffective.

In general, ECT may only be administered with the patient’s written consent. However, where a patient is unable or unwilling to give consent, ECT must be approved by two consultant psychiatrists.

The figures, compiled by the Mental Health Commission, come at a time when campaigners are calling for an outright ban on forced administration of ECT.

Campaign groups representing service users such as MindFreedom Ireland and Mad Pride say the procedure is overused and want the forced used of ECT to be banned.

Mental health campaigner John McCarthy said there should be no circumstances where ECT is administered without the consent of a patient. “We wouldn’t accept this in any other form of medicine, yet we accept it in mental health,” Mr McCarthy said.

“While some very depressed patients undoubtedly benefit from it, many don’t. It seems that very often the benefits are short-lived, lasting no longer than a matter of weeks or even days.”

However, professional bodies such as the College of Psychiatry say ECT is an important and potentially life-saving treatment, which has helped many patients recover from mental ill-health.

The college cites recent Scottish evidence which indicated that 86 per cent of people who received ECT in circumstances where consent was not given recorded an improvement in their condition.

ECT use has been falling in recent years, with a greater emphasis on alternative therapies. Official figures also confirm major variations in its use across the State, with patients in some areas much more likely to receive it than in others.

There were also differences over what was considered to be a standard “programme” of ECT. The national average was seven sessions, while in St John of God Hospital, Dublin, the figure was nine. St Patrick’s University Hospital in Dublin – a private hospital – administered the highest number of individual ECT treatments (867), partly because it is a national referral centre.

It was followed by St Brigid’s, Ballinasloe (281), St John of God Hospital, Dublin (189) and Waterford Regional Hospital’s department of psychiatry (181). By HSE region, the west had the highest use of ECT, followed by the south and Dublin Mid-Leinster.

‘A big chunk of your life taken away’

[Jim and Mary Maddock are lobbying for alternatives to the “medical model” of psychiatry. Photograph in upper right: Daragh MacSweeney/Provision]

MARY MADDOCK (62) doesn’t remember anything about the first time she received electroconvulsive therapy (ECT). Memory loss was the biggest side-effect of the treatment. In fact, she says, she has lost entire chunks of her life.

“It completely wiped everything out,” she says. “I spent eight weeks in the psychiatric hospital and most of it is gone. I don’t remember where I ate or slept or who came to see me.”
Mary had given birth to her daughter Claire two weeks earlier. Doctors believed she was suffering from a form of post-natal depression, but she had no history of psychiatric problems or depression.

She remembers more about the second time she underwent ECT, in the late 1980s. “I remember the cylinders for the electric shock; I remember them taking your pillow, so they had better access to your head, taking the anaesthetic and counting backwards until you were knocked out.

“It was a very scary thing to be part of, not knowing what was happening and then waking up with the most awful pain in your head like you wouldn’t believe. And not remembering things which had happened recently. It was like a big chunk of your life being taken away.

“This is why I can’t even remember holding Claire in my arms for the first time. It breaks my heart.”

The ECT formed part of two decades of drug-based treatment which, she says, took a massive toll on her health and ultimately prevented her from emerging from her condition.

After being diagnosed at various stages as being hypomanic, bipolar or manic depressive, she was placed on a range of powerful anti-psychotic drugs over a period of about 18 years. “The effects of the drugs were terrible. You felt like a zombie,” she says. “Movement was very slow and I found it impossible to concentrate on anything.”\

It is 10 years since she touched a drug to deal with mental ill-health. Radicalised by her treatment in the psychiatric service, she has become an advocate for change.

Mary, with her husband Jim (60), a former secondary-school teacher, are lobbying for alternatives to the “medical model” that dominates much of psychiatry.

While she accepts the psychiatric service is changing slowly, Mary says treatment options are still too narrow and don’t respect patients’ rights.

“We believe ECT is a human rights abuse. It wouldn’t be accepted in any other field of medicine, but because they [patients] are vulnerable, the psychiatric profession gets away with it,” she says.

The following list shows which psychiatric hospitals carried out the most ECT treatments during 2008.

Source: the Mental Health Commission’s report on the Use of Electroconvulsive Therapy in Approved Centres in 2008

December 6, 2009
GET INVOLVED!
Want to be among the first to hear directly from us about our work? Sign up now.
Go to Top