We ask that all action and speech by those involved in the International Association for the Advancement of Creative Maladjustment (IAACM) follow these guidelines. 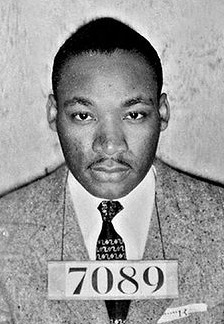 These principles of a peaceful campaign are based on those of Martin Luther King, Jr., as interpreted by the “National Campaign for Nonviolent Resistance.”

Dr. Martin Luther King on the Philosophy and Practice of Nonviolence

These key points are excerpted from his book Stride Toward Freedom: The Montgomery Circle, but are also repeated in numerous essays and articles that he wrote throughout his life. It should be noted that Dr. King explicitly credits Mahatma Gandhi with having taught us the method of nonviolence.

Dr. King went to some length to describe this love, which he noted is not reciprocal in nature, meaning that this is not the love given to someone because they love you in return. He identified this love most accurately with the Greek word “agape,” meaning an understanding, redeeming good will towards all people, a love in which the individual seeks not his own good, but the good of his neighbor and all fellow beings, making no distinction between friend and enemy.

The nonviolent resister has a deep faith in the future, and believes that the forces in the universe are ultimately on the side of justice. To quote Dr. King, the moral arc of the universe is long, but it bends toward justice.

These principles are based on and excerpted from those of the “National Campaign for Nonviolent Resistance.”

August 31, 2007
GET INVOLVED!
Want to be among the first to hear directly from us about our work? Sign up now.
Go to Top