Leonard Roy Frank is an author, activist and electroshock survivor.

The below radio show as successful (despite a few very sound glitches). You can hear the show on the archive here:

Below is the original pre-event announcement with more info:

Your calls are welcome on the next MAD PRIDE LIVE RADIO HOUR, free on the web, this Saturday, 8 January 2011

This show is being held now, because later this month USA Food & Drug Administration (FDA) is holding public hearings to try to decide whether to finally regulate the device used for electroconvulsive therapy (ECT), as it’s known. Leonard Roy Frank plans to testify at this hearing.

More info about the hearing, guests and host is below.

How to Listen and Call-in Live, or Listen to Archive Later

You can listen and call-in live and free by either computer or phone.

AT THAT TIME CLICK HERE to listen and call in LIVE (or click after the show to hear archives):

You can also call in via your BlogTalkRadio web site or Skype.

For tips on calling via Skype for free, click here:

Can’t get to a computer that day? No problem!

Back by popular demand: You can again use the call-in number just to listen, like a teleconference:

More about our guests:

Leonard, who is a resident of San Francisco, has written widely about hisexperiences, and about electroshock. He is also the editor of a number of books of quotes.

Loretta Wilson [photo on right] is an electroshock survivor, and liaison for MindFreedom Michigan.

Loretta says, in Jan. 2011: ” I am a survivor of 58 Electroshock’s with a strong desire to see electroshock abolished.  I am willing to talk to anyone who is willing to listen. I have even talked to some who don’t want to hear about it! I had post-procedure pain from my electroshock. I struggle daily with memory loss from electroshock. I am 69 years old, widowed, mother of 5, grandmother of 7 and great grandma to my new baby girl, ‘Sophie.’ She’s beautiful!”

Mary Maddock (photo on right) is an electroshock survivor and author, as well as co-founder of MindFreedom Ireland.

Mary is a board member of MindFreedom International. Mary is a former nun, who went on to start a family. During childbirth, she had a bad side effect to the pain killers. The medical system’s response was to put her on the conveyor belt of psychiatric oppression: institutionalization, psychiatric drugs, and then electroshock.

Now entirely free of the psychiatric system, with her husband Jim, Mary co-authored the book “Soul Survivor: A Personal Encounter with Psychiatry.” For more info and to get a copy, click here.

Ray Sandford [photo on right] is a survivor of involuntary outpatient electroshock.

Each Wednesday morning he was woken up, and under court order escorted to an institution for another forced electroshock over his expressed wishes. But a MindFreedom International campaign won international attention, and stopped his forced electroshock. Ray regularly ‘checks in’ on the show to thank people, and let everyone know he’s doing well. Every day he’s done well since his last electroshock, proves his shock doctors were wrong. Ray just turned 58 on 2 January 2011.

More info about the Ray campaign is here: https://mindfreedom.org/ray

The US Food & Drug Administration holds public hearings on January 27 and 28, 2011 about electroshock, to decide whether to finally examine the device for safety and efficacy. Incredibly, since the FDA grandfathered in the device they have never regulated it.

For more info on the FDA hearing, including how electroshock survivors can ask to testify by the 6 January deadline, click here:
http://3.ly/FDAect

You may download an Irish Times about recent academic review of electroshock here:
http://3.ly/IrishTimesECT

You may download a PDF of Read & Bentall’s 15-page review here:
http://3.ly/ReadBentallECT 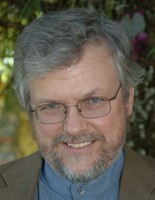 MindFreedom director DAVID W. OAKS [photo on right] is not an electroshock survivor, but has fought against human rights violations involving electroshock for 35 years. He is a survivor of other types of psychiatric abuse, including involuntary psychiatric drugging. For more info on the host:

MindFreedom International is celebrating its 25th year as one of the few totally-independent nonprofit organizations in the mental health advocacy field, with zero funding from the mental health system, governments, drug companies or religions.

That means YOUR membership and donation are CRUCIAL to MindFreedom International’s campaigns for human rights alternatives.

February 19, 2009
GET INVOLVED!
Want to be among the first to hear directly from us about our work? Sign up now.
Go to Top