Getting Through Hard Times Together and Nurturing the Revolution: A Peek at MindFreedom Affiliates Around the World 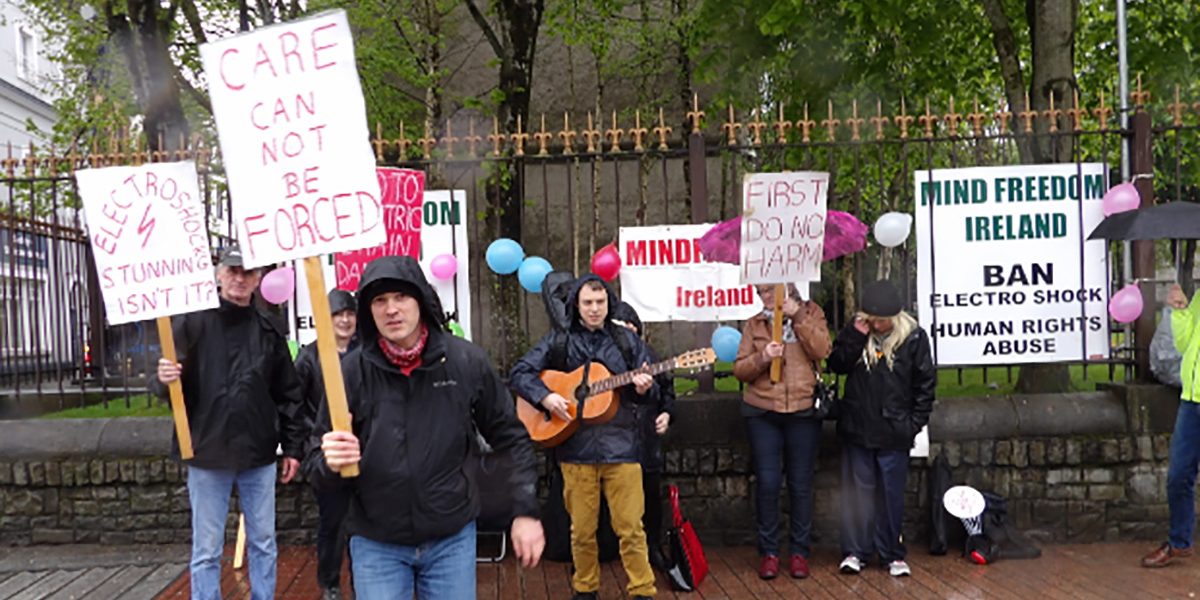 The Importance of Fighting for Our Rights

Last week, we were devastated to learn that the co-founder of MindFreedom, Janet Foner, died unexpectedly. Her unfailing support for our mission right up to last week sustained our organization for thirty years. You are encouraged to share your memories HERE, the site of a tribute by Lauren Spiro and David Oaks, entitled, “Yesterday, We Lost a Giant.” Janet believed passionately in the importance of fighting for our rights. We can all find some sustenance for the difficult fight that lies ahead in the words of the late New York Congresswoman, Bella Abzug, a lioness who fought for many progressive causes throughout here life. She said,

​ “Never underestimate the importance of what we are doing. Never hesitate to tell the truth. And never, ever give in or give up.”

As many of you know, after our founder David Oaks had his accident, MFI struggled to survive and continue its mission. Along with David’s continued input and inspiration, MindFreedom’s dedicated Board of Directors, including Janet, with few resources, kept us alive and functioning.
​
MFI is deeply indebted and grateful for the unfailing support of loyal members who steadfastly supported us through very tough times. We continue to be committed to not only expanding our efforts combating forced psychiatric treatment, but to also stepping up our efforts in supporting the development of meaningful alternatives to the ineffective and harmful mainstream psychiatric practices.

MFI continues to believe in encouraging critical thinking through our public information campaigns. See our ‘Voices for Choices’ videos HERE and our free Organizing Handbook for Psychiatric Survivors HERE. Important and essential to our goals are 2 key programs: Affiliates and Shield.

In the future, we will encourage affiliates to be involved in the Shield program, if the affiliate so chooses. Advocating and protecting people who are being subjected to forced treatment is most effective when there is a local presence. Shield is most effective and powerful when we can mobilize a large number of people. If you’re interested in signing up for Shield, take a look at the application on our website and/or call the office if you have questions. Please know and remember that everyone has something to offer.

​​MindFreedom Ghana (MFGh) started in 2004 when three individuals — Nii Lartey Addico, Dan Taylor and Janet Amegatcher contacted Graham Morgan of the Highland Users Group in Scotland, who referred them to Tina Minkowitz, of the World Network of Users and Survivors of Psychiatry. MFGh obtained its formal statutory certification to operate as an NGO in Ghana in November 2005.

MindFreedom Seattle began in 2015 with several psychiatric survivors who began meeting informally at a coffee shop in Seattle. They found others who contacted them through Meetup and flyers they posted on utility poles in Seattle. In addition to providing mutual support, the core group decided that consciousness-raising was a priority. They were able to build a large mailing list after hosting a number of events, including movie nights and advocating mostly against proposed mental health legislation in Olympia.

Oregonians often support independent living and thinking. For example, this July we will be celebrating the 50th anniversary of one of the main counterculture gatherings in the world, Oregon Country Fair. The motto of this gathering of thousands in a nearby wooded area is “Psychospiritual Rejuvenation for All!”

Expanding and Supporting affiliates is a part of MFI’s vision to shield more individuals from psychiatric harm and abuse. Make a donation to support the expansion of affiliates HERE  For more information visit our website HERE

August 9, 2019
GET INVOLVED!
Want to be among the first to hear directly from us about our work? Sign up now.
Go to Top