Mark Your Calendar for Wednesday, October 5, Date of Next Judi’s Room! 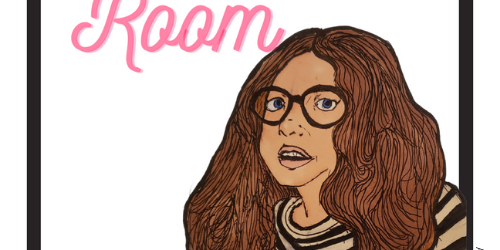 MindFreedom and I Love You, Lead On continue to provide topics of interest for these monthly public meetings. The topic of our next Judi’s Room is Independent Living Advocates: Potential Allies in the Fight for Alternatives to Guardianship

We will have two speakers, Ron Bassman, former Executive Director of MindFreedom International (MFI) and Karen Koch, Advocate at Roads to Freedom Center for Independent Living (RTFCIL), one of the largest CIL’s in Pennsylvania.

Currently, probate courts in every state operate under a different set of guidelines and regulations. They are not required to report how many people with disabilities are under guardianship/conservatorship, let alone provide oversight that meets a minimum federally mandated threshold for safety and accountability. Anecdotally, reports of guardianship abuse are on the rise.

With the aging of the population, over one trillion of dollars of wealth in the US alone is slated to be transferred from one generation to the next during the next ten years. This creates incentives for unscrupulous law firms, realtors, and private guardianship mills to artificially promote the need for guardianship/conservatorship over independent living in order to generate private sector profits.

These incentives are not limited to the private sector. Public agencies such as Area Agency on Aging (AAA’s) in Pennsylvania are using guardianship services to back-fill strained government budgets. This trend is contrary to the principles upon which the Independent Living (IP) movement is founded and represents a threat to every person with disabilities.

in 2021, MindFreedom and Roads to Freedom Center for Independent Living (RTFCIL)  jointly launched a Shield campaign to find and free David Italiano, a person with disabilities who was ‘disappeared’ in Pennsylvania’s broken and corrupt guardianship system. While the campaign has not succeeded to date, in finding/freeing David, it has raised awareness of this issue and brought together many new allies.

What can we do to arrest this trend of using guardianship/conservatorship when alternatives are available but are not widely funded/available? Recently, MFI and RTFCIL have begun an ambitious effort to educate Independent Living (IL) service providers and advocates about alternatives to guardianship and why these alternatives are urgently needed. MFI’s Shield program promotes activism as a means to resist oppressive forms of substitute decision making and institutionalization. Get the latest developments in David’s Shield campaign.

Learn more about guardianship, conservatorship, and other protective arrangements. We will explore resources and potential partnerships for local collaboration and discuss alternatives to guardianship .

Judi’s Room is named after famed human rights leader, Judi Chamberlin and it occurs the first Wednesday of the month. These meetings usually begin with a panel of experts, followed by a facilitated group discussion in which questions from the audience are welcome.

Diagnosed with schizophrenia in my 20s and hospitalized twice for more than a year, I went on to earn my doctorate and became a licensed psychologist.  I believe that by writing and speaking my truth to power, I can challenge the misconceptions of both mental health professionals and the general public – and most importantly inspire fellow travelers.  My written works include the books, A Fight to Be: Experiences From Both Sides of the Locked Door and Exploring Identities of Psychiatric Survivor Therapists: Beyond Us and Them. My current work is centered on community inclusion and social justice.

has been involved in Disability Support for over 30 years as an Advocate.  Karen is employed at Roads to Freedom Center for Independent Living in Williamsport, PA.  As the Advocacy Coordinator, Karen serves members of the disability community in 8 counties.  Karen provides both one on one and systems advocacy to assure the Civil Rights of the disability population are upheld.  Karen works closely with the Pennsylvania Council on Independent Living (PCIL) and the State Independent Living Council (SILC).  Karen is a member of the National Council on Independent Living (NCIL) and a member of the Mid-Atlantic ADA Training Leadership Network. Karen was recently elected to serve as the Vice President of the Lycoming County PA League of Women Voters to assure voting equity is present. Karen is currently working to obtain her certification as an A.D.A. Coordinator.  Karen resides in Trout Run Pa with her husband Bill.   In her spare time, Karen enjoys gardening, swimming, fishing, camping and cast-iron cooking.

The meeting is a part of MFI’s regularly scheduled  educational series called Judi’s Room, a collaboration between MindFreedom International and the organization I Love You, Lead On (named for the favored quote by ADA champion Justin Dart). 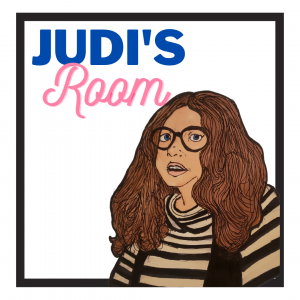 Judi’s Room is named after the famed human rights leader, Judi Chamberlin. It is free and open to the public but pre-registration is required.

September 21, 2022
GET INVOLVED!
Want to be among the first to hear directly from us about our work? Sign up now.
Go to Top