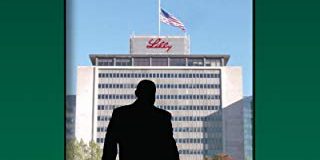 MindFreedom International is excited to announce the release of The Zyprexa Papers by longtime MindFreedom International supporter Jim Gottstein of the Law Project for Psychiatric Rights!  The Zyprexa Papers describes MindFreedom’s  central role in helping Jim expose psychiatric fraud and corruption. Previously, only available on Kindle or by pre-order, the book is is now available on Amazon.com

I strongly recommend without any reservations the new book by Jim Gottstein.  Jim has been at tireless warrior for human rights  – especially for those of us who have been diagnosed with serious mental illness and have been forced to undergo treatments that are against our expressed wishes.  His book The Zyprexa Papers describes the power and influence of Big Pharma through Jim’s personal story of challenging the road blocks within the legal system and it’s powerful alliance with Psychiatry.

This is a must read wake-up book for all.

On December 17, 2006, The New York Times began a series of front-page stories about documents obtained from Alaska lawyer Jim Gottstein, showing Eli Lilly had concealed that its top-selling drug caused diabetes and other life-shortening metabolic problems. The “Zyprexa Papers,” as they came to be known, also showed Eli Lilly was illegally promoting the use of Zyprexa on children and the elderly, with particularly lethal effects. Although Mr. Gottstein believes he obtained the Zyprexa Papers legally, the United States District Court for the Eastern District of New York in Brooklyn decided he had conspired to steal the documents, and Eli Lilly threatened Mr. Gottstein with criminal contempt charges.

In The Zyprexa Papers, Mr. Gottstein gives a riveting first-hand account of what really happened, including new details about how a small group of psychiatric survivors spread The Zyprexa Papers on the Internet untraceably. All of this within a gripping, plain-language explanation of complex legal maneuvering and his battles on behalf of Bill Bigley, the psychiatric patient whose ordeal made possible the exposure of the Zyprexa Papers

February 3, 2020
GET INVOLVED!
Want to be among the first to hear directly from us about our work? Sign up now.
Go to Top