Stung by criticism, even from their own ranks, the American Psychiatric Association is holding a second round of public comments via a web site. 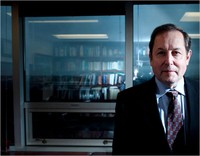 The American Psychiatric Association is again asking the public to comment on their proposed new label bible, the Diagnostic and Statistical Manual 5 (DSM 5).

And that’s one change right there: No more Roman numerals, to try to be more like software, so they will have a 5.1, 5.2, etc.

APA says their last day to receive comments is 15 June 2011.

Of course, MindFreedom International will keep on commenting… until the DSM is no longer used to take away our basic human rights.

Of course, by listing this deadline, MFI is not saying any results are expected from the APA. But it’s a way to make civil strong comments, together.

For more info, see the blog entry by MindFreedom International director David Oaks about how a delegation from MindFreedom — including psychologist/author Paula Caplan and MindFreedom Florida founder Frank Blankenship – commented during an APA teleconference for “stakeholders,” here.

One of the APA leaders on the phone was psychiatrist Darrel A. Regier, one of the people in charge of creating the new DSM (photo above).

MFI is even calling for everyone to “Boycott Normal” on 5 May 2012, the day the American Psychiatric Association meets in Philadelphia to ‘ring in’ their new label bible.

More information about this event…

May 12, 2011
GET INVOLVED!
Want to be among the first to hear directly from us about our work? Sign up now.
Go to Top