Further reports from The New York Times about how a Congressional investigation revealed that psychiatrist Dr. Joseph Biederman misused the name of his institution — Harvard — to fraudulently promote the massive use of the psychiatric drgus known as neuroleptics or antipsychotics. 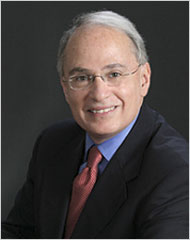 When a Congressional investigation revealed in June that Dr. Joseph Biederman, a world-renowned child psychiatrist, had earned far more money from drug makers than he had reported to his university, he said that his interests were “solely in the advancement of medical treatment through rigorous and objective study.”

Court documents reveal that Dr. Joseph Biederman, a renowned child psychiatrist, pushed Johnson & Johnson to fund a research center whose goal was “to move forward the commercial goals of J&J.”

But e-mail messages and internal documents from Johnson & Johnson made public in a court filing reveal that Dr. Biederman pushed the company to finance a research center at Massachusetts General Hospital, in Boston, with a goal to “move forward the commercial goals of J.& J.” The documents also show that the company prepared a draft summary of a study that Dr. Biederman, of Harvard, was said to have written.

Dr. Biederman’s work helped to fuel a fortyfold increase from 1994 to 2003 in the diagnosis of pediatric bipolar disorder and a rapid rise in the use of powerful, risky and expensive antipsychotic medicines in children.

Although many of his studies are small and often financed by drug makers, Dr. Biederman has had a vast influence on the field largely because of his position at one of the most prestigious medical institutions.

Massachusetts General said in a statement Monday that it took the accusations related to the research center “very seriously” and intended “to investigate these issues thoroughly.”

Johnson & Johnson makes a popular antipsychotic medicine called Risperdal, or risperidone. More than a quarter of its use is in children and adolescents.

Last week, a panel of federal drug experts said that medicines like Risperdal were being used too cavalierly in children and that regulators must do more to warn doctors of their substantial risks. Other popular antipsychotic medicines, also referred to as neuroleptics, are Zyprexa, made by Eli Lilly; Seroquel, made by AstraZeneca; Geodon, made by Pfizer; and Abilify, made by Bristol-Myers Squibb.

Thousands of parents have sued AstraZeneca, Eli Lilly and Johnson & Johnson, claiming that their children were injured after taking the medicines; they also claim that the companies minimized the risks of the drugs.

In a motion filed two weeks ago, lawyers for the families argued that they should be allowed to interview Dr. Biederman under oath because his work had been crucial to the widespread acceptance of pediatric uses of antipsychotic medicines. To support this contention, the lawyers included more than two dozen documents, among them e-mail messages from Johnson & Johnson that mentioned Dr. Biederman. A judge has yet to rule on the request.

The documents offer an unusual glimpse into the delicate relationship that drug makers have with influential doctors.

In a November 1999 e-mail message, John Bruins, a Johnson & Johnson marketing executive, begs his supervisors to approve a $3,000 check to Dr. Biederman as payment for a lecture he gave at the University of Connecticut.

“Dr. Biederman is not someone to jerk around,” Mr. Bruins wrote. “He is a very proud national figure in child psych and has a very short fuse.”

Mr. Bruins concluded that unless Dr. Biederman received a check soon, “I am truly afraid of the consequences.”

A series of documents described the goals behind establishing the Johnson & Johnson Center for the study of pediatric psychopathology, where Dr. Biederman serves as chief.

A 2002 annual report for the center said its research must satisfy three criteria: improve psychiatric care for children, have high standards and “move forward the commercial goals of J.& J.,” court documents said.

“We strongly believe,” the report stated, “that the center’s systematic scientific inquiry will enhance the clinical and research foundation of child psychiatry and lead to the safer, more appropriate and more widespread use of medications in children.

“Without such data, many clinicians question the wisdom of aggressively treating children with medications, especially those like neuroleptics, which expose children to potentially serious adverse events.”

A February 2002 e-mail message from Georges Gharabawi, a Johnson & Johnson executive, said Dr. Biederman approached the company “multiple times to propose the creation” of the center. “The rationale of this center,” the message stated, “is to generate and disseminate data supporting the use of risperidone in” children and adolescents.

Documents show that Johnson & Johnson gave the center $700,000 in 2002 alone. Massachusetts General said in its statement on Monday that grant agreements indicated the center “was for scientific and educational purposes only and not for purposes of promoting, directly or indirectly, the products of Johnson & Johnson and its affiliates.”

A statement Monday from Janssen Pharmaceutica, a unit of Johnson & Johnson, said it helped finance the research center in 2002 “with an objective to conduct rigorous clinical trials to clarify appropriate use and dosing of Risperdal in children.”

A June 2002 e-mail message to Dr. Biederman from Dr. Gahan Pandina, a Johnson & Johnson executive, included a brief abstract of a study of Risperdal in children with disruptive behavior disorder. The message said the study was intended to be presented at the 2002 annual meeting of the American Academy of Child and Adolescent Psychiatry.

“We have generated a review abstract,” Dr. Pandina wrote, “but I must review this longer abstract before passing this along.”

One problem with the study, Dr. Pandina wrote, is that the children given placebos and those given Risperdal both improved significantly. “So, if you could,” Dr. Pandina added, “please give some thought to how to handle this issue if it occurs.”

The draft abstract that Dr. Pandina put in the e-mail message, however, stated that only the children given Risperdal improved, while those given placebos did not. Dr. Pandina asked Dr. Biederman to sign a form listing himself as the author so the company could present the study to the conference, according to the message.

“I will review this morning,” responded Dr. Biederman, according to the documents. “I will be happy to sign the forms if you could kindly send them to me.” The documents do not make clear whether he approved the final summary of the brief abstract in similar form or asked to read the longer report on the study.

Drug makers have long hired professional writers to compose scientific papers and then recruited well-known doctors to list themselves as the author. The practice, known as ghostwriting, has come under intense criticism recently, and medical societies, schools and journals have condemned it.

In June, a Congressional investigation revealed that Dr. Biederman had failed to report to Harvard at least $1.4 million in outside income from Johnson & Johnson and other makers of antipsychotic medicines.

A Harvard spokesman, David J. Cameron, said Monday that the university was still reviewing Mr. Grassley’s accusations against Dr. Biederman. Mr. Cameron added that the university had not seen the drug company documents in question and that it was not directly involved in the child psychiatry center at Massachusetts General.

Calls to Dr. Biederman were not returned.

* Please forward to all appropriate places on and off Internet.

* You may e-mail letter to editor of less than 150 words to The NY Times, including your contact info, here: letters@nytimes.com

* You may e-mail Harvard President Drew Faust asking that Dr. Biederman be fired immediately at president@harvard.edu

* You can encourage the Harvard Crimson to investigate Dr. Biederman at editorial@thecrimson.com, or submit a letter between 100 and 300 words to this student newspaper at letters@thecrimson.com.

According to a search, The Crimson has only mentioned Dr. Biederman once regarding this Congressional investigation, back on 16 June 2008. The NY Times and other media, however, have written about Dr. Biederman plenty of times, to read some of these articles see:

* It’s USA Thanksgiving this week. So how about we all *thank* Senator Chuck Grassley (R-Iowa) and call for even more great work: