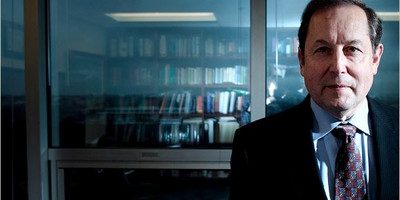 The New York Times covers the mysterious creation of the fifth version of the “label bible” of the American Psychiatric Association, the Diagnostic and Statistical Manuarl (DSM). Psychiatrist Darrel A. Regier is in charge of the process, and has chosen to keep the process secret, even though the DSM has the force of law in a variety of mental health related activities, such as commitment hearings. 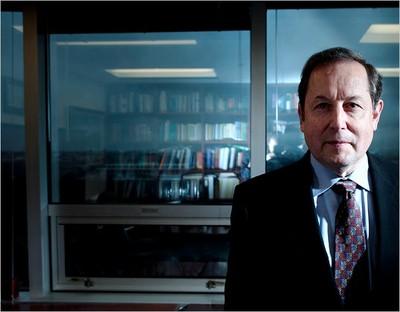 The book is at least three years away from publication, but it is already stirring bitter debates over a new set of possible psychiatric disorders. Is compulsive shopping a mental problem? Do children who continually recoil from sights and sounds suffer from sensory problems — or just need extra attention? Should a fetish be considered a mental disorder, as many now are?

Panels of psychiatrists are hashing out just such questions, and their answers — to be published in the fifth edition of the Diagnostic and Statistical Manual of Mental Disorders — will have consequences for insurance reimbursement, research and individuals’ psychological identity for years to come. The process has become such a contentious social and scientific exercise that for the first time the book’s publisher, the American Psychiatric Association, has required its contributors to sign a nondisclosure agreement.

The debate is particularly intense because the manual is both a medical guidebook and a cultural institution. It helps doctors make a diagnosis and provides insurance companies with diagnostic codes without which the insurers will not reimburse patients’ claims for treatment. The manual — known by its initials and edition number, DSM-V — often organizes symptoms under an evocative name. Labels like obsessive-compulsive disorder have connotations in the wider culture and for an individual’s self-perception.

“This is not cardiology or nephrology, where the basic diseases are well known,” said Edward Shorter, a leading historian of psychiatry whose latest book, “Before Prozac,” is critical of the manual. “In psychiatry no one knows the causes of anything, so classification can be driven by all sorts of factors” — political, social and financial. “What you have in the end,” Mr. Shorter said, “is this process of sorting the deck of symptoms into syndromes, and the outcome all depends on how the cards fall.” Psychiatrists involved in preparing the new manual contend that it is too early to say for sure which cards will be added and which dropped.

The current edition of the manual, which was published in 2000, describes 283 disorders — about triple the number in the first edition, published in 1952. The scientists updating the manual have been meeting in small groups focusing on categories like mood disorders and substance abuse — poring over the latest scientific studies to clarify what qualifies as a disorder and what might distinguish one disorder from another. They have much more work to do, members say, before providing recommendations to a 28-member panel that will gather in closed meetings to make the final editorial changes.

Experts say that some of the most crucial debates are likely to include gender identity, diagnoses of illness involving children, and addictions like shopping and eating. “Many of these are going to involve huge fights, I expect,” said Dr. Michael First, a professor of psychiatry at Columbia who edited the fourth edition of the manual but is not involved in the fifth. One example, Dr. First said, is binge eating, now in the manual’s appendix as a tentative category. “A lot of people want that included in the manual,” Dr. First said, “and there’s some research out there, some evidence that drugs are helpful. But binge eating is also a normal behavior, and you run the risk of labeling up to 30 percent of people with a disorder they don’t really have.”

The debate over gender identity, characterized in the manual as “strong and persistent cross-gender identification,” is already burning hot among transgender people. Soon after the psychiatric association named the group of researchers working on sexual and gender identity, advocates circulated online petitions objecting to two members whose work they considered demeaning. Transgender people are themselves divided about their place in the manual. Some transgender men and women want nothing to do with psychiatry and demand that the diagnosis be dropped. Others prefer that it remain, in some form, because a doctor’s written diagnosis is needed to obtain insurance coverage for treatment or surgery. “The language needs to be reformed, at a minimum,” said Mara Keisling, executive director of the National Center for Transgender Equity. “Right now, the manual implies that you cannot be a happy transgender person, that you have to be a social wreck.”

Dr. Jack Drescher, a New York psychoanalyst and member of the sexual disorders work group, said that, in some ways, the gender identity debate echoed efforts to remove homosexuality from the manual in the 1970s. After protests by gay activists provoked a scientific review, the “homosexuality” diagnosis was dropped in 1973. It was replaced by “sexual orientation disturbance” and then “ego-dystonic homosexuality” before being dropped in 1987. “You had, in my opinion, what was a social issue, not a medical one; and, in some sense, psychiatry evolved through interaction with the wider culture,” Dr. Drescher said.

The American Psychiatric Association says the contributors’ nondisclosure agreement is meant to allow the revisions to begin without distraction and to prevent authors from making deals to write casebooks or engage in other projects based on the deliberations without working through the association. In a phone interview, Dr. Darrel A. Regier, the psychiatric association’s research director, who with Dr. David Kupfer of the University of Pittsburgh is co-chairman of the task force, said that experts working on the manual had presented much of their work in scientific conferences. “But you need to synthesize what you’re doing and make it coherent before having that discussion,” Dr. Regier said. “Nobody wants to put a rough draft or raw data up on the Web.”

Some critics, however, say the secrecy is inappropriate. “When I first heard about this agreement, I just went bonkers,” said Dr. Robert Spitzer, a psychiatry professor at Columbia and the architect of the third edition of the manual. “Transparency is necessary if the document is to have credibility, and, in time, you’re going to have people complaining all over the place that they didn’t have the opportunity to challenge anything.” Scientists who accepted the invitation to work on the new manual — a prestigious assignment — agreed to limit their income from drug makers and other sources to $10,000 a year for the duration of the job. “That’s more conservative” than the rules at many agencies and universities, Dr. Regier said.

This being the diagnostic manual, where virtually every sentence is likely to be scrutinized, critics have said that the policy is not strict enough. They have long suspected that pharmaceutical money subtly influences authors’ decisions. Industry influence was questioned after a surge in diagnoses of bipolar disorder in young children. Once thought to affect only adults and adolescents, the disorder in children was recently promoted by psychiatrists on drug makers’ payrolls.

The team working on childhood disorders is expected to debate the merits of adding pediatric bipolar as a distinct diagnosis, experts say. It is also expected to discuss whether Asperger’s syndrome, a developmental disorder, should be merged with high-functioning autism. The two are virtually identical, but bear different social connotations. The same team is likely to make a recommendation on so-called sensory processing disorder, a vague label for a poorly understood but disabling childhood behavior. Parent groups and some researchers want recognition in the manual in order to help raise money for research and obtain insurance coverage of expensive treatments.

“I know that some are pushing very hard to get that in,” Dr. First said, “and they believe they have been warmly received. But you just never know for sure, of course, until the thing is published.” In all, it is a combination of suspense, mystery and prepublication controversy that many publishers would die for. The psychiatric association knows it has a corner on the market and a blockbuster series. The last two editions sold more than 830,000 copies each.

December 21, 2008
GET INVOLVED!
Want to be among the first to hear directly from us about our work? Sign up now.
Go to Top