Report by John McCarthy — MindFreedom delegate in the United Nations 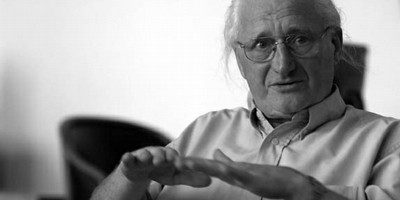 John McCarthy flew in from Cork, Ireland to help represent MindFreedom in 2006 meetings in the United Nations to create a successful “Convention” or treaty about disability and human rights. Here’s John’s first hand report about the experience. 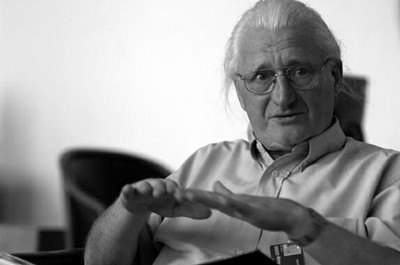 MindFreedom Delegate to the UN

You cannot imagine the pride I felt as I walked down 1st Avenue last year, on an icy wind swept, early morn in Manhattan. I was going to the United Nations as a MindFreedom delegate at the convention on the rights of the disabled.

Me, John McCarthy, not so long ago a sedated simi comatose compliant mass, unable to leave my own home in Cork, and here I am walking into the UN.

Life my friends, I was living and feeling alive, and no medications to hold me back, ready for I knew not what, when I got inside. But by Jasus was I nervous, I had no idea what was expected of me, what I was to do, not even where to go when I got inside. So I simply followed the others, Tina, Celia, Myra, Amitha, Gabor, and I arrived at conference room 4.

Now this was impressive a huge space. 196 countries represented a desk for 4 pepople for each country, space for us I was later to learn we were civil society, this was a place of titles and of rules and protocol. I was looking forward to breaking every one of them and did my best to do so while I was there.

I quickly discovered I was wasting my time sitting in the chamber. So I went outside the door into the huge corridor, and I lobbied every government delegate I could, I told of my friend locked up back in Ireland, Helena, 80 forced readmissions, forced ECT, forced medications, being stripped, being humiliated, all LEGAL, my question to them was, was it MORAL.

We were here to protect the human rights of the disabled, and these delegates were going write into this convention exceptions to exclude the mad community from these rights for our own protection! I told them over and over that they were killing us with their protection. I never drank so much coffee with so many diverse people in all my life.

Remarkably, the convention in the main hinged on discussions around Articles 12, Legal Capacity, Article 17 Integrity, Article 25, Free and Informed Consent. The delegates wanted to again to make exceptions of the mad community in these areas of human rights.

Thanks to the Trojan work of Tina Minkowitz in the chamber, these issues were kept at the forefront of the debate, not only on the floor, but on the agenda of the IDC, whose motto, nothing about us without us, was really tested, but was adhered to.

Helena and I had impacted on two delegates in particular, one who I lobbied, very politely thanked me and went into the chamber. He returned an hour later and apologised to me, stating that he had not believed what I had said, and checked it with a doctor on his delegation and was horrified to learn that it was all true and legal in his own country.

Two things strike me here. This was a man deciding on the human rights of my community and he knew nothing of our realities. To his credit he then became an ally and informed me of all discussions taking place in the group his delegation was a part of, so we could prepare responses in advance.

In the time honoured Irish tradition we went for a few pints and sang a few songs. We are now friends I hope he is going to visit my home this year.

The second was the Ambassador from Vanuatu, Remi Maradonna, a man with a huge heart. When I told him Helena’s story he asked why I was not speaking from the floor, I told him I was not allowed as a member of civil society.

A fact I found strange as I felt we as civil society paid the salaries of the civil servants who made the rules that excluded us in the main, and prided themselves that they allowed us a few minutes at the end of each sessions from the back of the room.

Maradonna then offered me a place at his countries desk, I really did not understand the implications of this until I told my fellow delegates, and the excitement was something to see. I am very proud to say I did make a statement from the floor and that I then shuffled around that enormous chamber to show those delegates the reality of over medication. Have you any idea how embarrassing it is to shuffle like I did, and see the faces of those delegates as I passed in front of each countries desk all 196 of them, some with looks of sympathy and understanding others with looks of anger at this breach of protocol. But I kept Helens face to the forefront of my mind as the tears welled up at the back of my eyes and I finished the circuit as the business of the convention carried on. The point was made.

I went back again to the next session in the summer, and my family bought me a ticket to go again in December 2006, to watch Tina make a speech on behalf of us all from the podium of the General Assembly when this convention was passed into international law. A proud moment for us all and an even prouder, but so justly deservered moment, for the wonderful Tina, a woman who gave so selfishly of herself for all of us.

We were proud because we changed the wording, we are not made exceptions of, and we were granted the same rights as the other human beings.

Helena my fellow but absent lobbyist was released from a lock up ward for Christmas to an empty lonely house. She had her Christmas dinner with my family when I dropped her home that evening I cried as I left her alone and in fear, she did not want to go back to the medications in the hospital, she told me as she did so many times before, that she was thinking of suicide, there was no where I could take her, no alternative for her to choose from, so she carried out her wish. We buried her on the 1/1/07. May the lord have mercy on her soul.

February 10, 2007
GET INVOLVED!
Want to be among the first to hear directly from us about our work? Sign up now.
Go to Top