The World Health Organization (WHO) sponsored major studies comparing how people recover in poor and more developed nations. The people in the poorer developing nations, on average, recovered at a far higher rate. Here is information about those studies. MindFreedom asked Professor Norman Sartorius to briefly summarize these studies, which he was directly involved in leading. The views expressed are those of Dr. Sartorius.

You may also read more information about these historic WHO studies in the book Mad in America by Robert Whitaker, and on that book’s web site.

Prof. Sartorius is past Director of the Division of Mental Health of WHO; retired in 1993. 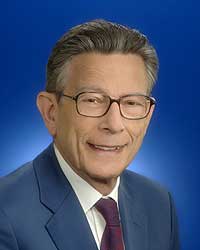 In the early 1960’s the World Health Organization (WHO) initiated a major study involving research teams in 9 countries, some of them developed nations, other developing; some with strong health and social services and others relying mainly on informal or traditional kinds of social support. The goal was to establish whether international collaborative research into mental illness was feasible on a large scale and to answer the question whether there are people exhibiting the same type of mental disorder in all of the sociocultural settings included in the study.

The study was a success on both scores. It has clearly shown that collaborative research is feasible and that researchers in developing countries (and in countries with modest resources for medical and social science) can produce research data of excellent quality. The study also showed that people with the symptoms and complaints characteristic of schizophrenia could be found in all of the settings studied and that their clinical conditions were similar – notwithstanding variations in the genetic make-up of populations and differences in the cultural and social environment.

Re-examining over 75% of the 1200 participants at 2 years and again at 5 years after the initial examination showed that the percentage of people with severe or persisting symptoms and chronic disability was much smaller in Third World countries than in the centres in the industrialized countries. This could have been due to a variety of reasons – an obvious one being that the selection of people for the study might have been biased. If, for example, individuals with the most severe forms of illness in developing countries were more likely to be hidden from view due to fear of stigma on the family, they would be systematically underrepresented among patients admitted to hospitals for treatment, from where most of the study participants were recruited. This could artificially inflate the number of people with less severe disorders and better outcomes seen at hospitals and other health services.

A second major study was therefore undertaken in 10 countries, this time designed in a manner that all people with likely symptoms of psychosis within geographically defined areas would be actively sought and screened by the research team, regardless whether they came to a medical service, traditional healer, religious shrine, or informal neighbourhood helping agency. The coverage of the areas of investigation was done very carefully, so that all the persons who had a defined set of symptoms were examined by the researchers. A vast majority of those included in the study were seen several times in the course of the two years that followed the initial examination.  The results of this investigation confirmed the results of the first study: the outcome of the schizophrenic disorder was indeed better in the developing country areas than in the centres in industrialized.

Several studies were done to examine the reasons for differences in outcomes across the various settings. In one study, researchers explored whether stressful life events, such as death of a family member or other trauma, tended to precede the onset of psychotic symptoms more often in one set of countries than in the other set. Although the frequency of traumatic events preceding the onset of symptoms was slightly higher in developing countries, this fact could not explain the long-term differences in outcome.

Another study assessed the expression of tension and negative emotions in the day-to-day communication between the person affected by the disorder and key members of the family or household. Importantly, this study showed that families in India were less critical of their mentally unwell members than family members in Denmark or the UK. This could provide part of the explanation of better outcome for persons living with their families but not for the many others.  Various other reasons were examined but until now there is no simple explanation for the observed difference in outcome which very probably results from multiple biological and sociocultural factors and their different combinations. It is also possible that schizophrenia is not a single disease but a group of conditions which present with similar symptoms but have different genetic and environmental causes.

January 18, 2008
GET INVOLVED!
Want to be among the first to hear directly from us about our work? Sign up now.
Go to Top