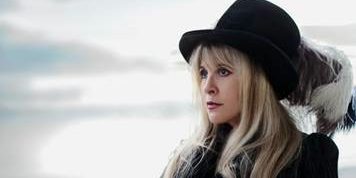 “Stevie” Nicks is well-known American singer-songwriter, who became famous with the rock band Fleetwood Mac and her impressive solo career. The magazine Newsweek has a feature in which a famous person talks about a major mistake they made. Stevie Nicks identified her experience in the 1980’s when she agreed to take psychiatric drugs. 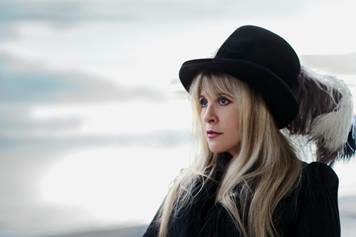 The biggest mistake I ever made was giving in to my friends and going to see a psychiatrist. It was in the mid-1980s, and I had just gotten out of Betty Ford. I was feeling buoyant and saved and fantastic. But everyone said, “We’re sure you’re going to start using again. You should go to a psychiatrist.” Finally, I said, “All right!” and went. What this man said was: “In order to keep you off cocaine we should put you on the drug that we’re using a lot these days called Klonopin.” Stupidly, I said, “All right.” And the next eight years of my life were destroyed.

Klonopin is in the Valium family, but Valium is fuzzy and Klonopin is insidious because it’s so subtle that you can hardly tell you took it. I got through 1986 and 1987. Thank God I’d already written the words for my record The Other Side of the Mirror. But what started happening was that if I didn’t take it, my hands started to shake. I felt like I had a neurological disease or Parkinson’s. I started not being able to get to Lindsey Buckingham’s house on time, and I would get there and everybody was drinking, so I’d have a glass of wine. Don’t mix tranquilizers and wine. Then I’d sing horrific parts on his songs, and he would take the parts off. I was hardly on Tango of the Night, which I happen to love.

The next six years were terrible. Looking back on it, I think this therapist was basically a groupie. He loved hearing stories of rock and roll and he started upping my dose. He watched me go from a beautiful, 125-pound, newly sober woman who had the world at her feet to a 170-pound woman who had the lights go out in her eyes.

Finally, in 1993, I’d had enough. I said, “Take me to a hospital.” I went in for 47 days, and it made Betty Ford look like a cakewalk. My hair turned gray and my skin molted. I could hardly walk. You can detox off heroin in 12 days. Coke is just a mental detox. But tranquilizers—they are dangerous. I was terrified to leave, and I came away knowing that that would never happen to me again.

I learned so much in that hospital. I wrote the whole time I was there, stuff that I consider to be some of my best writing ever. I learned that I could have fun and laugh and cry with amazing people and not be on drugs. I learned that I could live my life and still be beautiful and fun and still go to parties and not even have to have a glass of wine. I never went to therapy again after that—why would I?

May 3, 2011
GET INVOLVED!
Want to be among the first to hear directly from us about our work? Sign up now.
Go to Top