The new book by journalist Bob Whitaker — Anatomy of an Epidemic — challenges the massive psychiatric drugging inundating our society. He also spotlights MindFreedom’s activism more than once as a model of effectiveness.

Professional journalist Bob Whitaker took on corporate psychiatry before, in his acclaimed book, Mad in America: Bad Science, Bad Medicine, and the Enduring Mistreatment of the Mentally Ill.

Now Bob is challenging the false logic behind the astounding overuse of prescribed psychiatric drugs:

Anatomy of an Epidemic: Magic Bullets, Psychiatric Drugs, and the Astonishing Rise of Mental Illness in America

The new book meticulously uses psychiatry’s own research to debunk the idea that the extraordinary psychiatric drugging we’re seeing is, overall, beneficial in terms of mental and emotional well being. Bob shows that the science actually demonstrates the opposite.

The book also covers MindFreedom’s activism, such as MFI’s historic hunger strike in 2003. Bob concludes in a chapter “Blueprints for Reform” that MFI’s approach may be one of the more effective, saying the strike “showed what must be done if we are going to halt this epidemic.”

MindFreedom Mad Market’s instantly sold out of two boxes of this book. Please check back later to purchase from the Mad Market, and benefit MindFreedom’s human rights work. To order now, check Amazon. 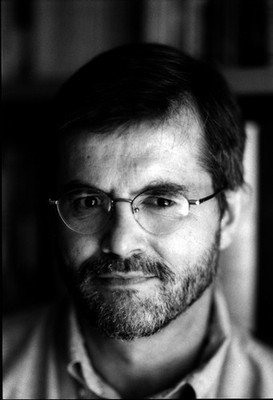 Bob’s book is leading to thoughtful dialogues. The popular online site Salon carried an interview with Bob on 27 April 2010. To read the whole interview click here:

Or here is an excerpt from the Salon intro:

Salon: In the past few months, the perennial controversy over psychiatric drug use has been growing considerably more heated. A January study showed a negligible difference between antidepressants and placebos in treating all but the severest cases of depression. The study became the subject of a Newsweek cover story, and the value of psychiatric drugs has recently been debated in the pages of the New Yorker, the New York Times and Salon. Many doctors and patients fiercely defend psychiatric drugs and their ability to improve lives. But others claim their popularity is a warning sign of a dangerously over-medicated culture.

The timing of Robert Whitaker’s “Anatomy of an Epidemic,” a comprehensive and highly readable history of psychiatry in the United States, couldn’t be better. An acclaimed mental health journalist and winner of a George Polk Award for his reporting on the psychiatric field, Whitaker draws on 50 years of literature and in-person interviews with patients to answer a simple question: If “wonder drugs” like Prozac are really helping people, why has the number of Americans on government disability due to mental illness skyrocketed from 1.25 million in 1987 to over 4 million today?

On 28 April 2010, Alternet also carried an interview with Bob Whitaker by author and psychologist Bruce Levine. At the end of the interview, the two discuss the perspective of MindFreedom International. You can read this whole interview here:

Or check out this excerpt from the beginning of the interview:

Whitaker: The rise in the disability rate due to mental illness is simply the starting point for the book. The disability numbers don’t prove anything, but, given that this astonishing increase has occurred in lockstep with our society’s increased use of psychiatric medications, the numbers do raise an obvious question. Could our drug-based paradigm of care, for some unforeseen reason, be fueling the increase in disability rates? And in order to investigate that question, you need to look at two things. First, do psychiatric medications alter the long-term course of mental disorders for the better, or for the worse? Do they increase the likelihood that a person will be able to function well over the long-term, or do they increase the likelihood that a person will end up on disability?

Second, is it possible that a person with a mild disorder may have a bad reaction to an initial drug, and that puts the person onto a path that can lead to long-term disability. For instance, a person with a mild bout of depression may have a manic reaction to an antidepressant, and then is diagnosed with bipolar disorder and put on a cocktail of medications. Does that happen with any frequency? Could that be an iatrogenic [physician-caused illness] pathway that is helping to fuel the increase in the disability rates?

April 30, 2010
GET INVOLVED!
Want to be among the first to hear directly from us about our work? Sign up now.
Go to Top