This morning, 4 March 2009, Ray Sandford is receiving another involuntary, outpatient, maintenance electroshock in Minnesota. Join us in speaking out! Contact President Barack Obama, and participate in protests in April and May.

Ask President Obama to Stop US Funding of Forced Electroshock!

Protests in April and May!

Ray Sandford was woken up early again this Wednesday morning, 4 March 2009, in his basement room in a small assisted group home north of Minneapolis, Minnesota.

As has happened about 40 times before, Ray is escorted against his will and under court order the 15 miles north to Mercy Hospital. He is put under anesthesia, given another involuntary electroshock, and sent home.

Ray is not a criminal.

Ray is not violent.

Ray’s only offense is peacefully, clearly, repeatedly and reasonably saying “no” to his electroshock. 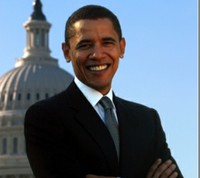 Join MindFreedom in sending your personal message about Ray and an out-of-control mental health system to President Barack Obama at:

But here is the reality.

This morning, as happens about twice a month, Ray is getting anotherinvoluntary, outpatient, maintenance electroshock over his objections.

President Obama announced he spends time each day at his desk reading at least some letters from constituents. He needs to hear about the USA mental health system, today. Show national and international concern!

If everyone acts, Ray may reach his personal attention. But no matter what, your message is forwarded to federal agencies.

Because of you, the USA government can never say, “We never knew.”

Let President Obama and the USA government know in your own words:

You can use an easy White House web form to write in just seconds!

No matter what, your comments may be read by others, and give Ray comfort!

As the President knows, community organizing works! Act now, together, everyone, by the thousands!

More News on Ray’s Nonviolent Campaign to ZAP BACK!

MindFreedom activists plan to go to Minnesota to join protests about Ray Sandford at the end of April. You may speak out about Ray wherever you are. Or join the MindFreedom protest in Minneapolis/St. Paul. Or join ADAPT protesters who are protesting about choice and all disabilities at the same time in Washington, D.C.

Groups are protesting electroshock in Toronto, Montreal, Ireland and elsewhere in May. MindFreedom is protesting the American Psychiatric Association Annual Meeting in San Francisco. Watch for details and join us! If you can’t, plan your own leafletting, vigil and/or protests locally.

Ray on the Web:

Did you know there is a “Frequently Asked Questions” [FAQ] page about the Ray Sandford campaign?

To read Ray’s FAQ, as well as a campaign blog, past alerts, and more, go through this gateway:

Who Profits From Ray’s Forced Electroshock?

Lots of people, including the owner of Mercy Hospital, where Ray gets forced shock. This is the enormous medical corporation based in Minneapolis, Allina. MindFreedom’s Gloria Gervais investigates corruption charges against Allina here:

Unite with others in the Ray Campaign:

To further participate in the MindFreedom campaign to support Ray, current MindFreedom members are invited to get on the busy MindFreedom “zapback” e-mail list about electroshock, click here:

Independence, mutual support and strength in numbers are why MindFreedom is one of the few groups in the world to break the silence about existence of involuntary electroshock for over two decades.

MindFreedom is the group that got the World Health Organization to come out against all forced electroshock!

This people power is why Ray had somewhere to turn, when he asked his local library to find human rights organizations! Take action.

Need more reasons to give?

Celebrating its 23rd anniversary this year, MindFreedom International is a 100 percent independent nonprofit united to win activist campaigns for human rights and alternatives in mental health.

November 16, 2008
GET INVOLVED!
Want to be among the first to hear directly from us about our work? Sign up now.
Go to Top