The Main Debate in USA About CRPD Needs to Be Addressed

The United Nations treaty called “Convention on the Rights of Persons with Disabilities” (CRPD) is being debated in the USA Senate. We need to reply to some bizarre Internet rumors in the USA that are being spread against CRPD, and in fact against the very idea of an international human rights framework. 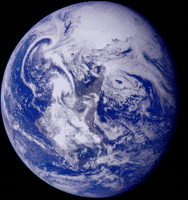 Lately there has been some debate between a few psychiatric survivor and disability activists about particular amendments to a UN treaty being debated in the US Senate about disablity rights.

That debate about amendments can be important, and fascinating to some.

But the Big Debate in the USA can easily be found by just Googling around about CRPD. You will see that there are a bunch of folks spreading false information, claiming CRPD is trying to take away our liberty! These rumors seem to be rooted in an opposition to the idea of any global framework for human rights.

If these rumors win out, then however the US Senate amends the CRPD, it will be challenging to get the 67 Senators needed to vote ‘aye.’

Below is my response to one of the emails I received about these Internet rumors:

MindFreedom put out an alert on 6 August 2012 about discussing CRPD on our web radio show this Saturday, 11 August, which you can read about here.

We received the below reply that same night:

“WHAT WILL THIS BILL DO TO PARENTAL RIGHTS FOR SPECIAL NEEDS CHILDREN?

“THIS IS REALLY FRIGHTENING, PLEASE HELP!”

The below is based on my reply to the sender:

Thanks for your input.

We have MindFreedom members who are both right wing, left wing, as well as libertarian. In fact, Libertarian Party is one of few that has a plank for our movement’s belief in no forced psychiatry!

So we involve a diverse range of perspectives. We unite folks. That’s what it will take to win, you know, is uniting. Just like a nonviolent D-Day, it takes a lot of people with the discipline to unite, and get beyond fighting with each other!

I appreciate your email but:

I think there must be some kind of confusion.

Today, right now, this very moment… Young people are being taken away and locked up, and the parents have options taken away from them.

In the past few years I’ve visited psychiatric survivors in Ukraine… I visited Mexico… I visited Turkey… Ghana… and in the USA, yes, here too.

In all places people and old are stripped of their rights and locked up, and the parents are often either forced by law or circumstance to go along with that.

The very core idea of CRPD is to speak out against this, and provide tools for people — including parents — to say ‘no’ to that kind of garbage.

You have to remember some of the folks opposing CRPD may have legitimate concerns… And they ought to be addressed. But many putting out false information about CRPD are apparently for zero — absolutely zero — international governance or treaties of any, way, shape or form. In fact, some even claim to be for no government right here in the USA.

But remember to watch out for extremists…..

My father was in D-Day during World War II to help save Europe from extremists…… I sure am glad that people back then that day didn’t oppose all ‘big government,’ because the day D-Day happened, government sure came in handy, and was the friend of freedom loving people. Every freedom loving person on D-Day was hoping and praying for the biggest possible government possible, to take those beaches and win. So watch out for people who are just ‘anti’ for the sake of being ‘anti.’

Obviously I’m critical of government, because I’ve worked as an activist for 36 years. But I’ve always learned to watch out for the extremists — on both the ‘left’ and the ‘right’ — who oppose all government in all situations in any kind of way. We should all be on guard for any excess of power over us.

So watch out for those claiming opposition based on ideology against ANY kind of treaty of ANY kind. Heck, some of them could have written the UN treaty themselves, and they’d still oppose it!

Ask opponents of CRPD exactly what THEY suggest be done about all the people RIGHT NOW TODAY being forcibly drugged and locked up all over the world, including in the USA?

Remember, this is beyond right and left. We have sincere supporters on both right wing and left wing, who truly understand that millions of people are being harmed with forced psychiatry right now.

Our people got inside there and protested. Watch out for the power of ‘big money’ to distort and twist and try to divide. Remember, big money  can also be a kind of ‘big government.’

Again, there are legitimate things to discuss and debate about CRPD. And our radio show will go into that.

But please, recognize that right now countless people are being harmed… So ask people who are simply ‘anti’ exactly what THEY are doing about it? What we did about it was work with people with disabilities all over the world, smart folks, freedom-loving folks, who with clear eyes worked on and wrote that CRPD treaty themselves and — though in an imperfect world — it’s being ratified by elected bodies all over the world, in the finest tradition of democracy.

Remember, there are some people who are against democracy itself, though they don’t quite say that. I can only wonder why, except I know that democracy is the one possible thing that can challenge the power of immense ‘big money’ power, because in democracy we have one person one vote… rather than one dollar one vote.

Please try again to take a look at CRPD, thanks.

Thanks again for your input!

You can hear an MFI free web radio show on this topic, click here:

August 7, 2012
GET INVOLVED!
Want to be among the first to hear directly from us about our work? Sign up now.
Go to Top