Shield Alert Update: The forced shocking of Brian Henley has been suspended! Hold off writing letters for now! 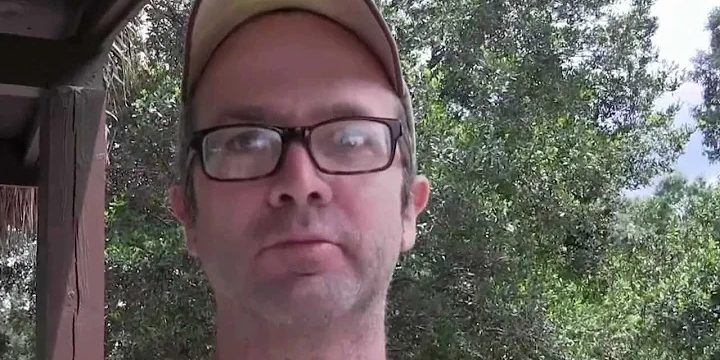 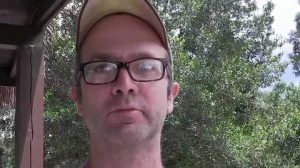 Here is a recording of a voicemail left by Brian on the phone of Michele Diamond, when Brian learned that his Shield alert was successful and that he would be discharged

MFI has confirmed that Brian was discharged. You can listen to Update on 7/14/21. Great news! The forced shocking of Brian Henley has been suspended! Thank you for writing letters, making phone calls, and sending emails! Your actions made a difference! Michelle will be issuing a statement soon letting you know when we can expect Brian to be discharged.

Note: Updates on 7/8/2021 compliments of Michele Diamond, Patient Advocate for US Civil and Human Rights who agreed to serve as the the volunteer Shield campaign manager for Brian Henley.

After the reading Michele’s updates below, MFI recommends taking specific action to stop the shocking, by force, of Brian Henley today. To view recommended actions, scroll down to

Wondering what to say when taking action? View examples of other people’s letters/emails/complaints by scrolling down to “EXAMPLES OF ACTIONS TAKEN ON BEHALF OF BRIAN HENLEY”

Any questions or comments about this campaign? Post them our SHIELD FEED HERE located at the very bottom of this PAGE You should also post what actions you took on the feed This allows us to archive your actions and the responses you receive.

1) Response and acknowledgment from the Florida Governor’s office received. They have forwarded the information to the 2 appropriate agencies for follow-up. View letter from Inspector General HERE but do not share (Redactions are solely to protect the personal information of Shield member who filed the complaint) and discretion is requested so as not to derail the investigation which may include an unannounced visit.

2) Brian was subjected, by force, to his 10th ECT but said 9th last night on Michele’s voicemail. (According to Michelle the 10th because Friday would have been 12 if there wasn’t a holiday.) His calls have shortened in length since Monday 7/5. No calls to Michele from Monday evening to Wednesday evening when he did leave a message. (I thought due to the hurricane in Florida) but no answer to the hospital phones Monday evening and Tuesday evening.

(He is forgetting things, mixing up his words, he can’t find some words, and has been repeating himself since the ECT treatments began.) But, he still sounds very clear.

3) A passcode was put onto all of Brain’s incoming calls as of Tuesday 6/29 without his awareness. He was informed by me on Wed. 6/30 after probing evening staff for information and his suspicions were true that they were blocking his calls. Shield members: Please remember that this is a violation of patient rights and please include this in your letters/complaints/calls/emails

4) A 3-way conference call took place with Dr. Lim the Administrator that oversees Psych Dept. at UF Health Shands and the Pt. Safety department last week although they could not elaborate on anything whatsoever nor talk about anything regarding Brian. I responded that I did not know why the call took place then and that the call was then unsuccessful and there has been no resolution to the issues of concern. They were both questioned why there was a passcode calling into Brain without his awareness, placed on his communications on Tuesday 6/29 the day after they received the Complaint and Grievance. It was made clear during the call that this is a clear Patient Rights violation by restricting his phone calls. Dr. Lim had no further comments. But the call was still a success and the response was very shocking to receive one at all.

4) Emails and calls to MHA – Mental Health Association have all been ignored after 5 attempts. The Ombudsman refuses to do her job of investigating with the hospital. If someone wants to continue to file complaints through their website this would be helpful because its documented through the website messages. Walton County MHA. (see directions below for contacting this agency)

5) A request for a Social Worker to meet with Brian happened on Monday 7/5 by a message left for Pt. Experience at Shands. I asked if they can talk to Brian regarding his housing situation and asked them to look into a housing subsidy for him. He would only pay 30% of his income towards rent, not his whole check. The government has released billions or trillions of dollars toward housing and rental assistance just last month to states. Brain has been entitled to housing assistance and I am in agreement with Brain that the Assisted Living situation is not a healthy place for him to live and the treatment has not been a success according to Brain.

6) Multiple calls have been placed out to Risk Management as he is the contact person regarding all these matters. I have STRONGLY voiced our opinion and the facts of this harm and injustice, stating that “we” speak to him daily and it’s obvious that the guardian does not care about his health (his guardian had Zero contact with him for the first 3 weeks) She hasn’t heard what we hear daily nor had she been able to observe his deterioration in Brian’s health. It was communicated that all of these concerns will be addressed although no response can really be made. The last conversation happened with the point of contact Friday 7/2.

7)  Morgan and Morgan attorney’s (The largest law firm in the world) took Brian’s intake the other day from me and I just gave them his number at the East Wing at the nurses station to speak with him directly. They need to speak with him directly now. I’m sure this is going to ruffle some more feathers. For those who pray, please pray consistently for Brian and that Justice is served, he goes home, gets well and if the legal case can move forward, it will turn out for his benefit and benefit those that come after him.

8) I was just told by Ann Fuller (mother of psychiatric survivor Charles Helmer) that they started Brian on a new drug. I haven’t spoken to him yet but maybe they have finally prescribed him the Gabapentin he has been asking for. Just maybe they are actually giving the medical attention he should have had from day 1. Still no x-ray of his shoulder from the fall before the ER trip.

9) Brain has communicated all along that he has a heart condition which could possibly be deadly for him to be undergoing these procedures with the risk of heart complications as a major side effect.

ACTIONS YOU CAN TAKE TODAY

Contact the Doc Who is Shocking Brian Henley by Force:

Call him at his first workplace

Send emails to Dr. Holbert at his university workplace l:

Contact CEO of Health Shands, the network of hospitals that is shocking Brian:

According to Frank Blankenship, the ombudsman in Florida is associated with Mental Health America (the organization that uses a liberty bell as their symbol) Let them know that Brian Henley is being subjected by force to shock, euphemistically known as ‘ECT’ or ‘electro-convulsive therapy’ a ‘treatment’ that is extremely controversial and known to be harmful, causing permanent brain damage

Brian is also at risk of being remanded to NE Florida State Hospital close to Jacksonville, far away from his support system, according to Frank Blankenship, a friend of Brian. Contact Brian’s social worker to demand other options for Brian, such as those suggested above.

This is the first time you heard about the Shield Alert of Brian Henley?

Brian is young by many people’s standards, at 44, he was  living in an assisted living facility near Orlando for years, after an episode in which he tried to harm himself.  When he attempted to elope from this unhealthy living environment with the assistance of a friend, he was apprehended and taken by force  Shand’s Vista, University of Florida teaching hospital where is he has been subjected to heavy drugging and shock torture AGAINST HIS EXPRESSED CONSENT for the past three weeks. His friend Frank, thinks that they may move him to Florida State Hospital. This is why your actions today are so important!

A more detailed history of Brian Henley can be found HERE

Brian activated his Shield protection about ten years ago. You can read the past Shield alert HERE

Please write to the ombudsman below and let them know that Brian Henley is being subjected by force to shock, euphemistically known as ‘ECT’ or ‘electro-convulsive therapy’ a ‘treatment’ that is extremely controversial and known to be harmful, causing permanent brain damage

EXAMPLES OF ACTIONS TAKEN ON BEHALF OF BRIAN HENLEY