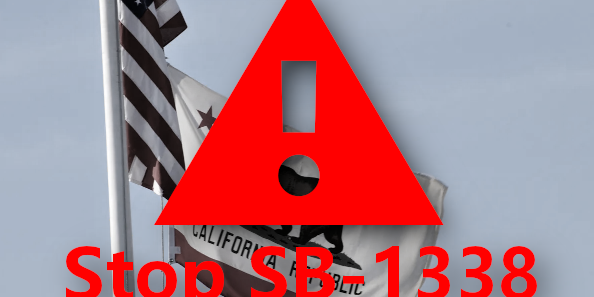 A message from Ron Bassman:

You can help stop a very dangerous pending legislation in California – SB-1338 Bill, on which the State Assembly is scheduled to vote on August 15. If it is passed, it is likely that other states will follow the suit. Even if you don’t live in California, you can submit your name to register your opposition to the bill and/or call-in during the Assembly session and say one sentence: “My name is X and I oppose the bill.”

The voting will depend greatly on the number of calls supporting or opposing the bill. Every call counts. You can make a big difference.

SB-1338 Bill would establish a new court system – “CARE Courts.” The proposal would give police, judges, and other persons without mental health expertise the power to initiate a process to force anyone into court-ordered treatment for their real or alleged mental illness. If the treatment is not deemed “successful,” the CARE Courts will have the power to impose hospitalization and state conservatorship.

The bill is presented as a way to fight homelessness, because homeless people deemed mentally ill by the CARE Court will be eligible to apply for supported housing after they demonstrate their adherence to the court-ordered treatment and only on the condition that the treatment is “successful.” Since no housing is provided before or during the treatment, they are expected to improve their mental health while living on the streets. The bill does not provide any funding for evidence-based voluntary mental health services.

NAMI and other pharma-funded organizations are mobilizing their members to call-in during the Assembly session and to register their support. It is very important that the calls in opposition match or exceed their numbers.

For now, the Assembly plans to vote on August 15. With the mounting opposition, there has been maneuvering, which included sudden changes to dates and times of the hearings about the bill in various committees. It is, therefore, possible, that this date will change as well.

If you want to oppose the bill, send your names and emails to Yulia Mikhailova: yuliamikh@gmail.com.
She will pass them to the California activist registering the opposition names and providing live updates and detailed instructions.

At a time when there is an unprecedented housing crisis that disproportionately impacts Black people and other people of color, many of whom have already been entangled in failed legal and other systems, the CARE Court proposal if enacted would have disastrous consequences. What we need is investment in holistic community-driven systems, not punitive ones that further alienate and ostracize.

Use these hashtags on social media to show your opposition: #StopSB1338 #NoCARECourt

August 8, 2022
GET INVOLVED!
Want to be among the first to hear directly from us about our work? Sign up now.
Go to Top